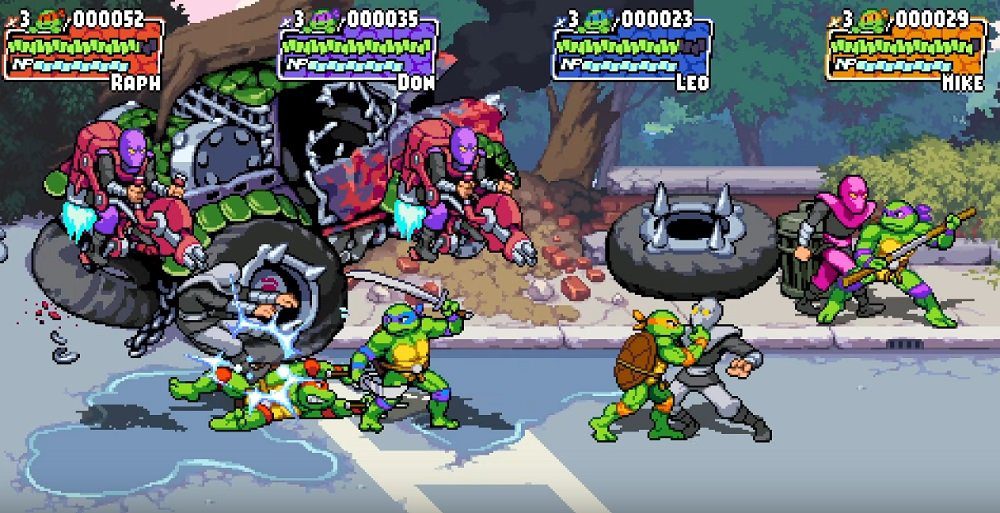 Tonight I dine on turtle soup

Dotemu has announced a brand new arcade-style brawler starring those Heroes in a Half Shell: the Teenage Mutant Ninja Turtles. Produced in conjunction with Nickelodeon, TMNT: Shredder’s Revenge is currently in development at Tribute Games (Mercenary Kings) and looks to capture the fun, chaotic gameplay and nostalgic spirit of Konami’s legendary 1989 arcade beat ’em up.

The just-released teaser trailer below sees Leonardo, Michelangelo, Donatello, and Raphael laying waste to The Foot Clan in colorful, old-school, arcade action. Also popping up in the preview are punk rock bad dudes Bebop and Rocksteady, as well as The Shredder himself, no doubt up to one of his nefarious, world-conquering schemes. The new adventure will see the totally tubular foursome kicking shell all over New York City, en route to a climactic showdown deep the mysterious Dimension X.

Dotemu is yet to announce platforms or a release date for TMNT: Shredder’s Revenge, but the new title is available for wishlisting on Steam and will be coming to “consoles.” For more details, call April O’Neil in on this case, and you better hurry up, there’s no time to waste. We need help, like quick, on-the-double. Have pity on this city, man, it’s in trouble.