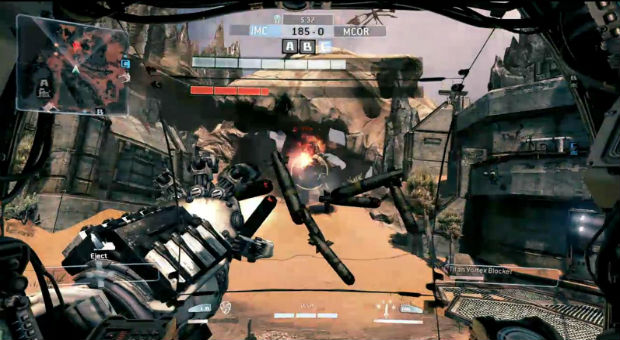 With Titanfall having been out on store shelves for a month now, it’s become apparent that it could almost certainly use some tweaks and updates. In the interest of supporting the game through every step of its life cycle, game director Steve Fukuda has laid out a breakdown of improvements players can expect in future updates and throughout each stage of post-launch support.

Fukuda’s blog highlighted possible changes to Titanfall that would focus more on improving the game as it exists, such as adjusting Hardpoint scoring, balancing the Quad Rocket and Titan 40mm, and tweaking the Gooser challenge. These refer more to maintenance ideas Fukuda is championing, as he went on to detail “convenience” and “infrastructural” features as well.

As far as convenience goes, there’s a new Party Colors feature that will allow players to easily pick out friends in-game and in the lobby. Players will also be able to create and rename custom loadouts for each different game mode, filter Challenges, and check out the scoreboard from older matches to see how well they did via the Last Game Summary.

Infrastructural features bring with them Private Match options and the ability to tweak matches in ways that have yet to be announced. Fukuda plans to touch upon this in future updates.

In addition, there’s new content on the horizon to look forward to, like Titan “Nose Art” that you can use to customize your big ‘bots, new game modes, maps, and game mode variants. There’s also a new Burn Card set coming up, so plenty to look forward to if you’re a Titanfall fan. All of these updates (except the map packs, of course) will be free, so be on the lookout for all of that and don’t forget to bombard the Titanfall team with feedback! They want to know what you think.