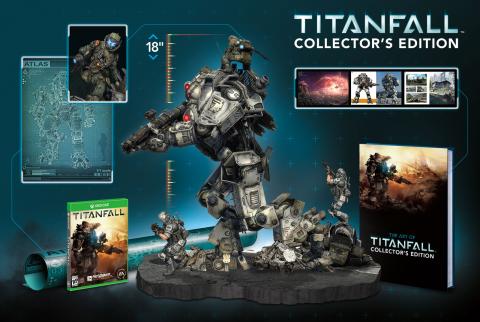 Respawn just announced that Titanfall will be available on March 11, 2014 in North America and a few days later, March 13, in Europe. It’s coming to Xbox One, Xbox 360 and PC.

A crazy $249 Collector’s edition comes with a 18-inch titan statue with motorized cockpit. The packaging is a diorama with LED lighting! Also included are a 190-page artbook and a poster.

The Titanfall page is accepting $100 deposits on this Collector’s Edition. EA says that quantities are extremely limited.

For those that just want the regular version, you can start pre-ordering those today, too.