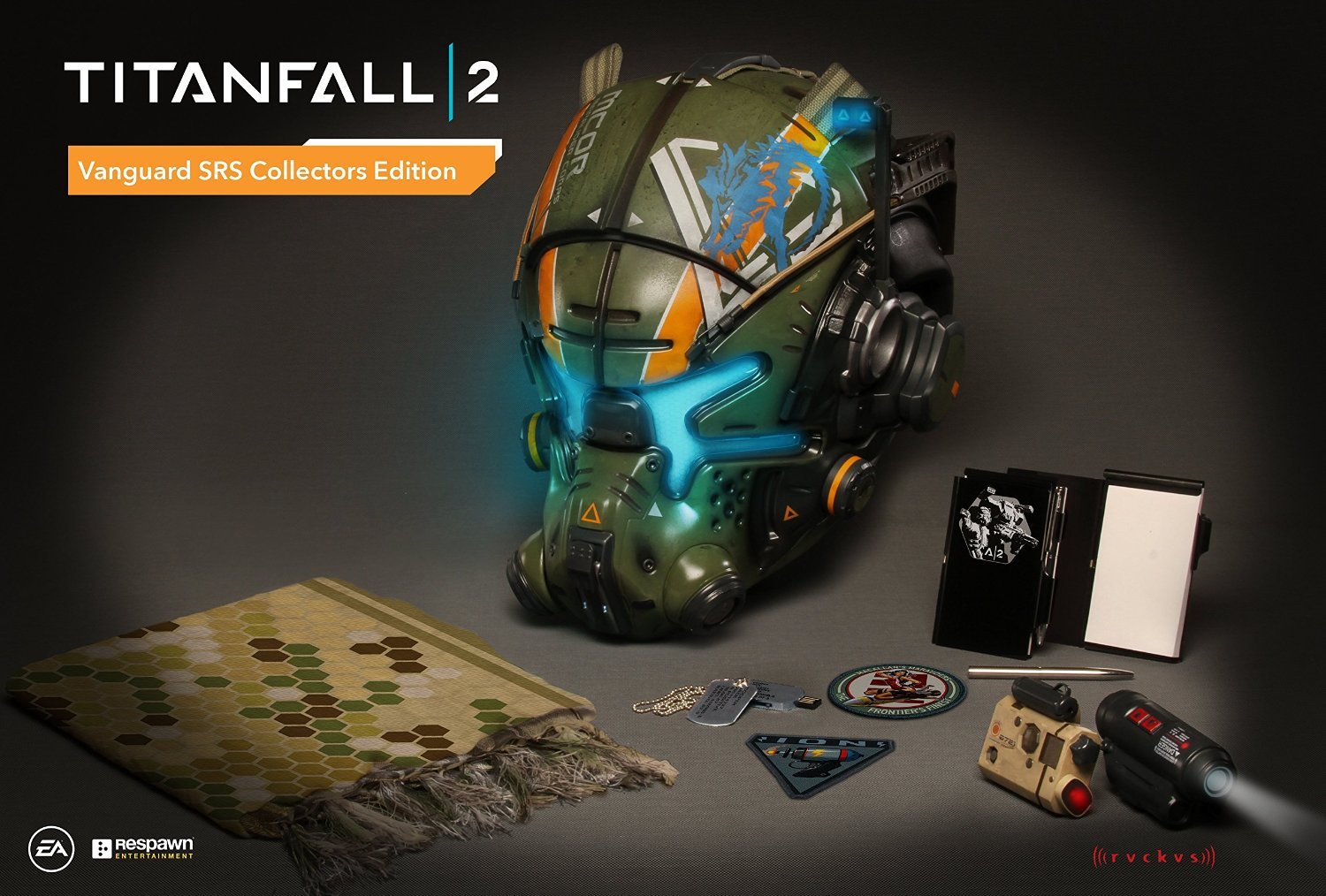 After the “big” unveiling of Titanfall 2, EA has unleashed three editions of the game out into the world, which are all up on Amazon at the moment.

First up is the standard edition, then Deluxe (which comes with “nose arts,” “warpaints,” “two camouflages,” an exclusive call-sign, and a “Nitro Pack”), and the Collector’s Edition, which comes with a ton of junk. The latter sports a helmet, and a bunch of trinkets like a dog tag flash drive (8GB), a pilot field journal, and a “Vanguard Shemagh Scarf.”

I don’t know many people who are that excited to jump into a $250 Collector’s Edition for Titanfall of all things, but there you are. It’ll be out on October 28.