A look at what’s coming up now through June

With each new free content update for Titanfall 2, it’s as if I can hear the game itself cry out to put down everything else I’m playing and come blow up mechs instead. The next few months will see even more updates, as you’d imagine, and Respawn Entertainment has outlined what we can expect. 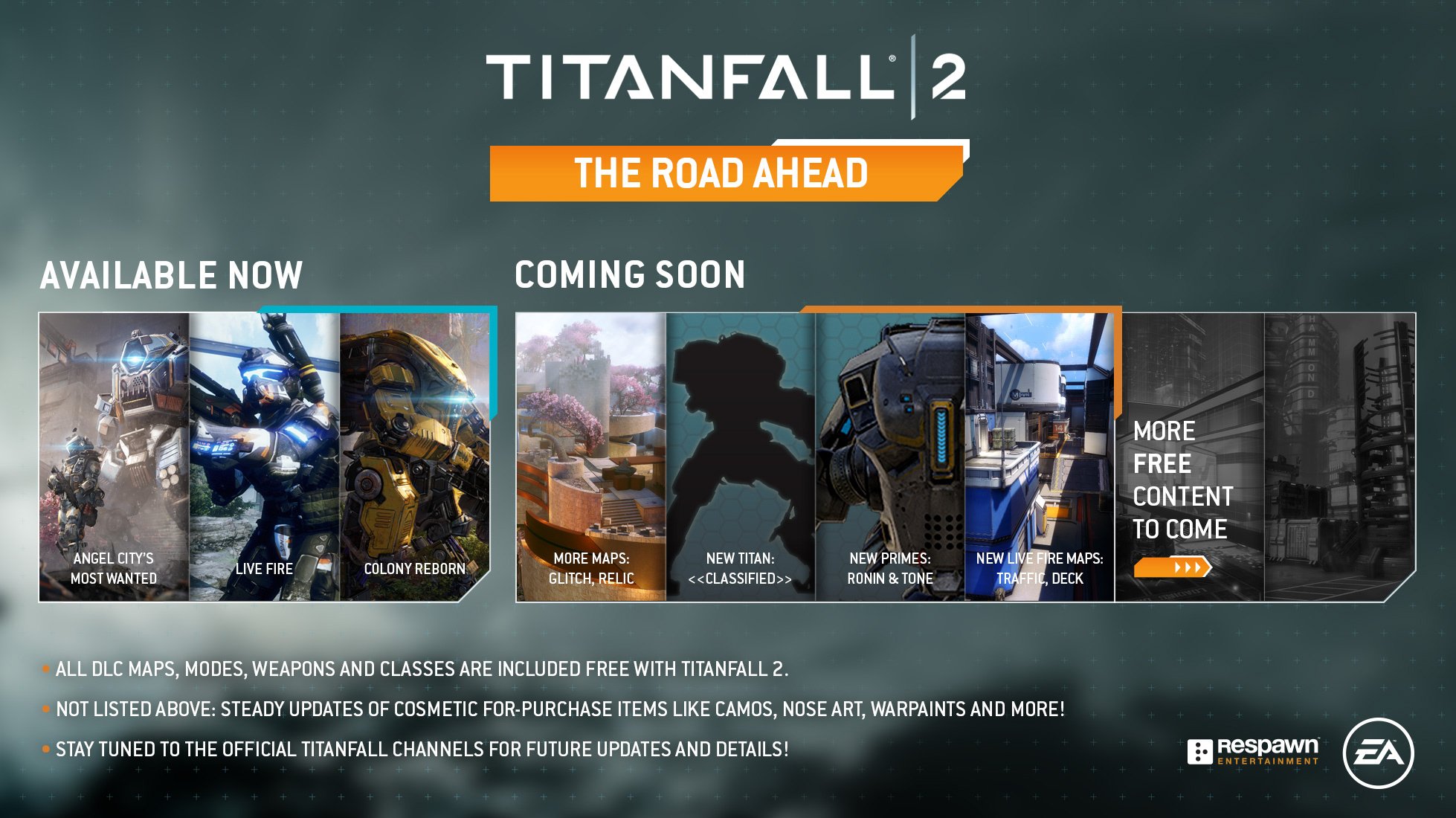 From now through June, Titanfall 2 will get:

That’s a lot to go on, but they’re also leaving some of the update plans to our imaginations for the time being. “We’ll let you folks speculate as to what else we could be working on…”