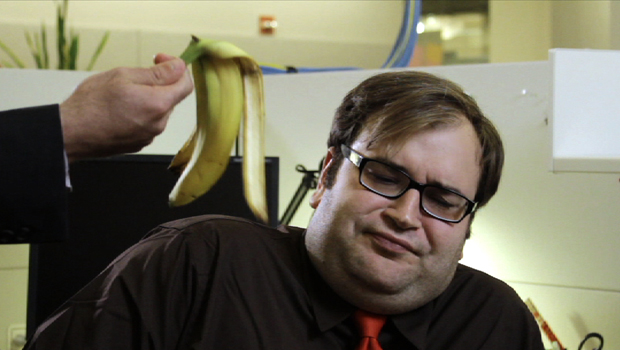 See that video up there? It’s got over 150K views so far, and it’s been out for a little over a week. For the internet, that’s not too bad. How does one go about getting a video like this produced, distributed, and that many views in that short of a time?

Well, I’m still trying to figure that out myself. None of my series (Sundays with Sagat, Constructoid, Talking to Women about Videogames, or various event coverage videos) have ever done those kinds of numbers. If you’re like me, and you’d like to know more about how to make a wildly popular internet video, read on for my Q&A with the creators of Mr. Kong. 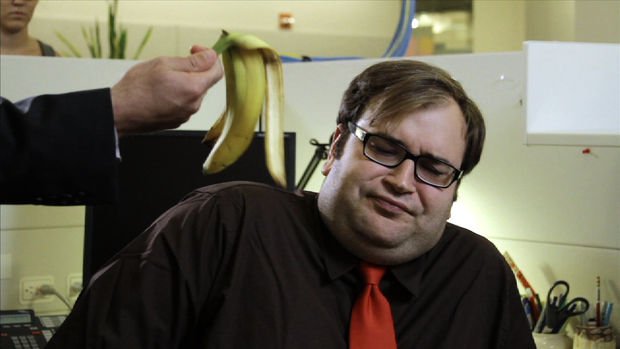 Are all the performers in your films SAG approved thespians? If not, how hard would it be to score a roll in your next feature?

We don’t think any of our actors are in SAG. None of us are in any guilds of any kind, unless you count the blacksmiths…of which this video had eight dues paying members. And anyone can be in our internet videos. You just have to be extremely talented, willing to work for free pizza and live in New York City. (Also as a disclaimer – We aren’t making a whole feature… just the trailer. Unless you know someone at 20th Century Fox.)

What gave you the idea to take a more sympathetic look at Donkey Kong; a sexually semi-assaultive Gorilla-villain who throws barrels at anyone who dares to come near him?

We wanted to put the DK character into the workplace comedy genre, so we decided to go with an Office Space style loser. Someone who toils away at an average job and then when he gets screwed over, snaps. I think everyone can identify with a shitty office job. We’d also like to give the question maker 10 points for using the word “semi-assaultive.” 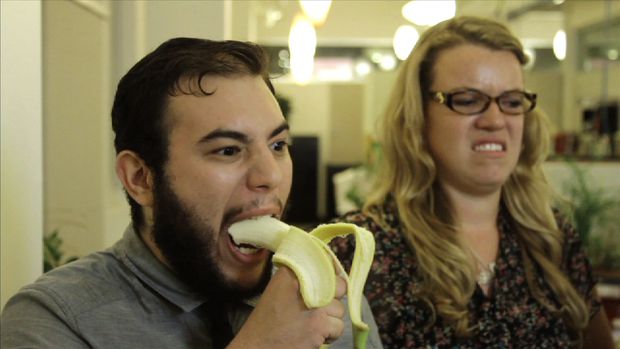 Are there any other games from the “guys running around on scaffolding getting killed by falling objects” genre that you might turn into a live-action comedies? Burger Time perhaps?

No games from the extremely specific genre you named BUT we would love to make more of these trailers based on classic video games. It’s super fun and they seem to be well recieved.

How long are you planning for the full length Mr Kong feature to be?

Like I mentioned. We are not actually making the whole feature. Just the trailer. BUT if we did make it, it’d be close to 4 hours long and would have a lot of time travel involved.

What’s the hardest thing about making these sorts of films?

The hardest thing about making these sorts of film projects is making sure we get all our information right. When parodying something like this, something that’s loved by so many people for so long, we want to make sure we are doing it justice. There are so many little aspects and details to these games that everybody knows and loves, we got to make sure we include as much as we can, and correctly. We’ve got to be able to tear apart each detail down to the mustaches, and bring it to life. 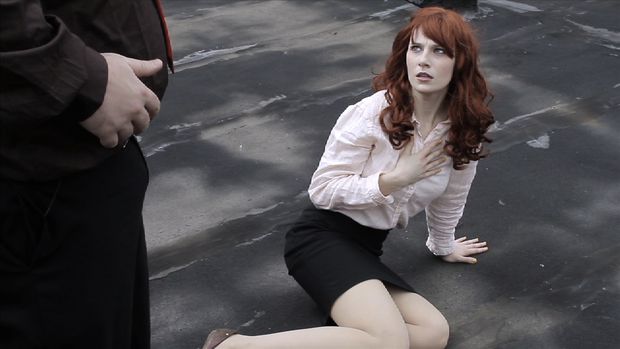 What’s the best advice you could give to someone who’s hoping to make their own successful short films and/or internet series?

When making videos like this for an internet audience we always try to keep it short, keep it original, and keep it funny. Which can be hard if you want to make videos like this because of all the information you have to try and squeeze in there. But you want to make sure people aren’t bored with your project. Try and surprise people with different things. Thats where you can find a lot of the humor as well.

Any chance for a Tommy Wiseau cameo in the final feature? Maybe as Funky Kong?

We would LOVE for a Tommy Wiseau cameo. In anything we do. Any chance we can work with Tommy Wiseau we would definitely take it. The fact that we haven’t yet is TEARING US APART LISA! 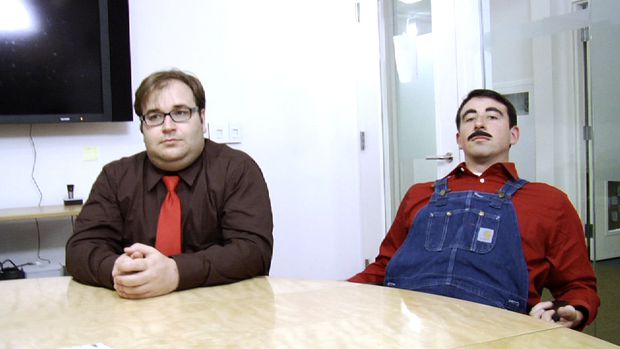 Anything you really want our readers to know about Mr Kong, or any of your other projects?

Mr. Kong was a blast to make. Everyone we work with on these kind of projects, from the actors to the people that help us out behind the scenes, are all super talented, top notch people. It takes a solid team and network of people to keep the process of making these videos so fun. And as long as we got that, you can expect a whole lot more from Captain Hippo. (Check us out at www.captainhippo.com)