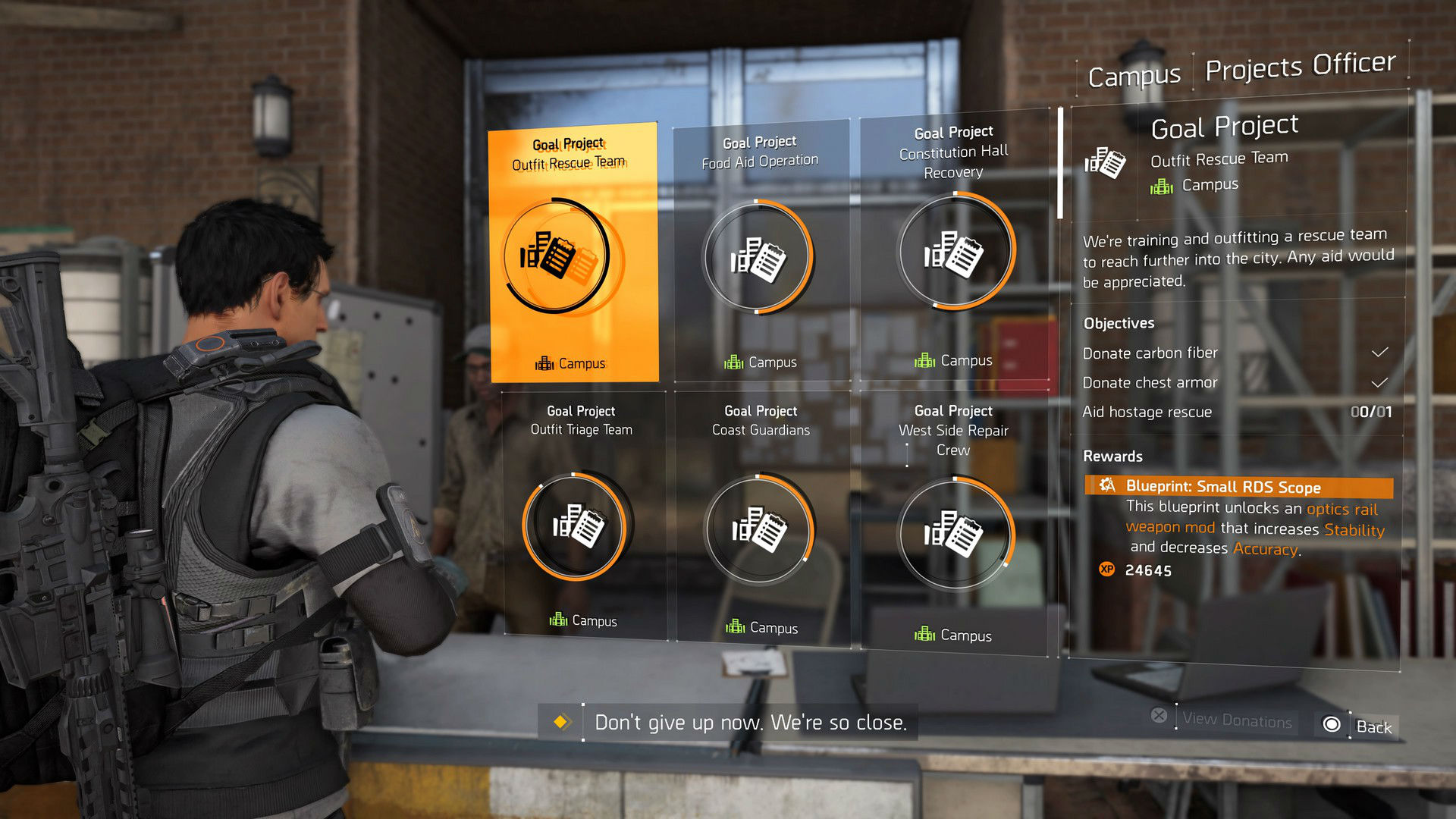 I’ve been steadily making my way through The Division 2 this week for our full review. Currently I’m level 26 (of 30), so I’m pretty close to experiencing the launch endgame draw.

Over the course of the last several days I’ve picked up a few tips on how to quickly gain XP. Here’s a few pointers.

Generally the easiest way to up your XP is to do story missions. Every time a “main” (story) campaign level is available you should queue up for it while you do other activities in the open world. Taking control points (outposts) and grabbing caches (hidden packages) for upgrade points are perfect, as they don’t take that long and as your group fills they can instantly fast-travel to you to help clear them before you go as a group to the story mission at hand. Just note that you need to be within two levels of the latest main mission to actually enter the non-party matchmaking queue.

While that’s going to be the core way to get from level one to 30, you can also do side missions either by yourself or with a group of friends. All of these are possible to solo, just know that they may take around 15 minutes to complete, so it’s best to do it while you’re not queuing for something else or need a level or two for the next main mission. If things get too tough and you die frequently in a particular side level you can press and hold triangle while respawning to call for help. This allows any player who happens to answer the help call on the matchmaking station to potentially join in on our quest and push you over that edge.

The other big way to get tons of XP is projects, something you can easily skip over. These are unlocked after founding major hubs (the first of which is The Theater) and basically amount to you donating raw materials or un-needed gear to the NPC cause. The thing is if you actually finish a few at a time they can give you nearly an entire level, which is roughly the boost that two side missions would give: that’s a lot. You can access projects (and give to them) at any time using the pause menu, just look for the tab with a sheet of paper on it.

Whenever you have a piece of gear you don’t need, label it as junk, that way you know you can donate it. By that same token you don’t want to ever “sell your junk” to vendors. It’s better to donate it for XP (and rewards) or break it down for raw materials for crafting, which you’ll eventually need to do near the endgame to boost all of your gear to the next level.