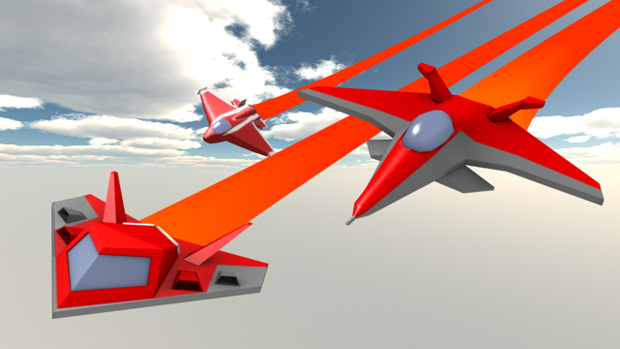 They’re getting the $51 tier for free

I quite liked the look of JetGetters, a multiplayer dogfighting game built around jumping out of jets and hijacking opponents’ vehicles. While it successfully raised enough money Kickstarter to be funded, the crowdfunding campaign was canceled before money changed hands.

“Canceled” and “Kickstarter” together in the same sentence would normally be cause for concern, but developer TinyBuild handled the situation perfectly. The studio found an investor to cover funding mid-campaign, and with the extra time it would “take in bringing our new partners up-to-speed and hiring on additional people for JetGetters,” the game needed to be delayed a few months, to next year. As such, the Kickstarter has been canned.

Here’s the truly incredible part: all backers, regardless of how much they pledged (not paid), are getting the $51 tier (seven of TinyBuild’s games, including JetGetters) for free.

“We have a reputation to uphold and don’t want to be lumped in with all the other Kickstarters that have been delayed and or abandoned,” reads an update. “Being up front and honest about everything is always what we strive for.” I have so much respect for this team.