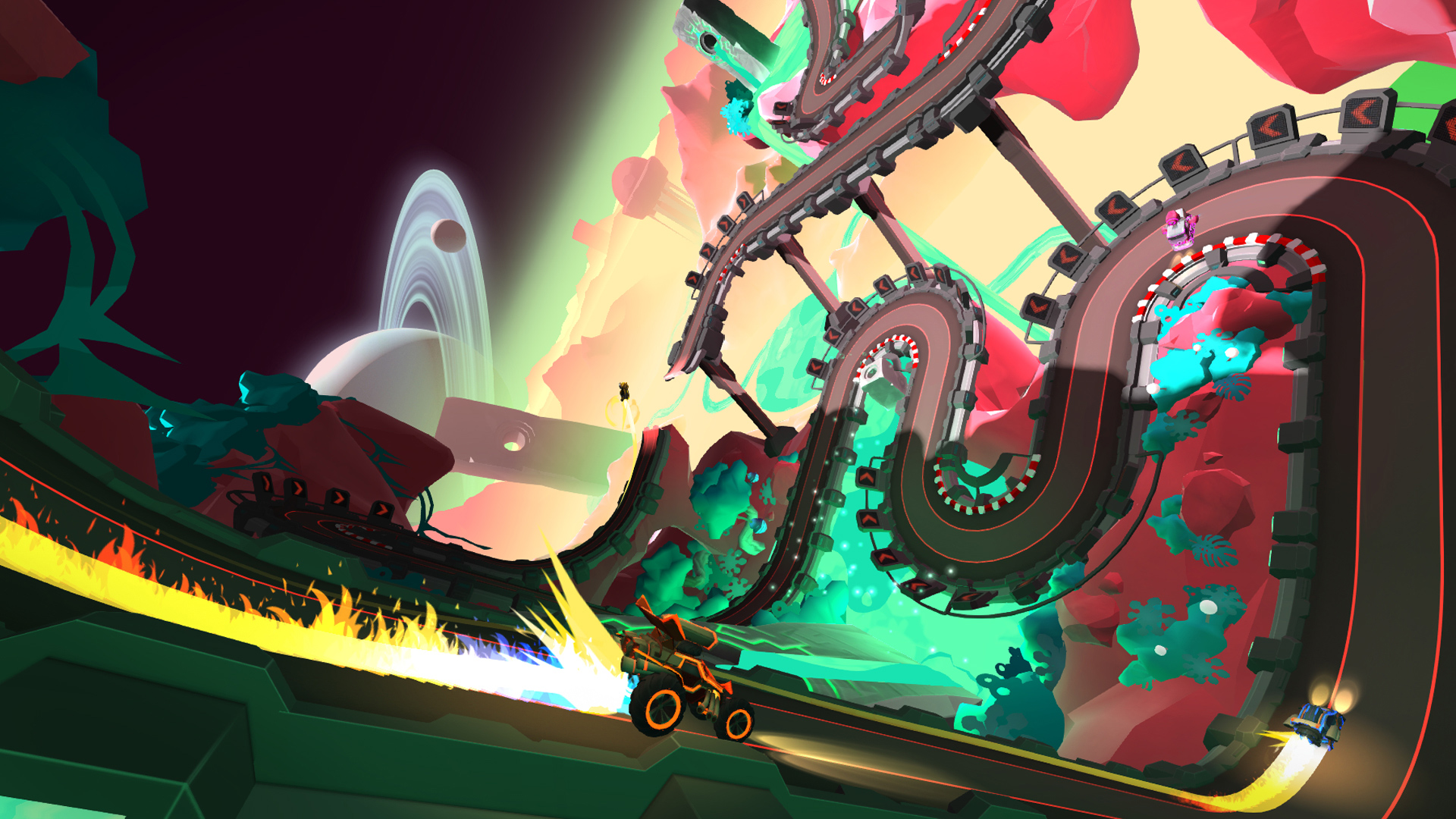 The next game from Velocity 2X maker FuturLab is Tiny Trax, a four-player PlayStation VR slot racing game with lane switching, boosting, and drifting. It’s designed in such a way to make players feel as if they are “a child surrounded by a giant toy racing track inside each virtual world.” Good idea, right?

I’m consistently terrible at top-down racing games — always have been, always will be! — but something tells me it’ll be easier here with the sense of depth and presence inherent to virtual reality.

Tiny Trax is said to have six cars and twelve tracks that fall under three themes: Tropical, Fire & Ice, and Outer Space. That might feel too light, something many VR games struggle with. I hope not!