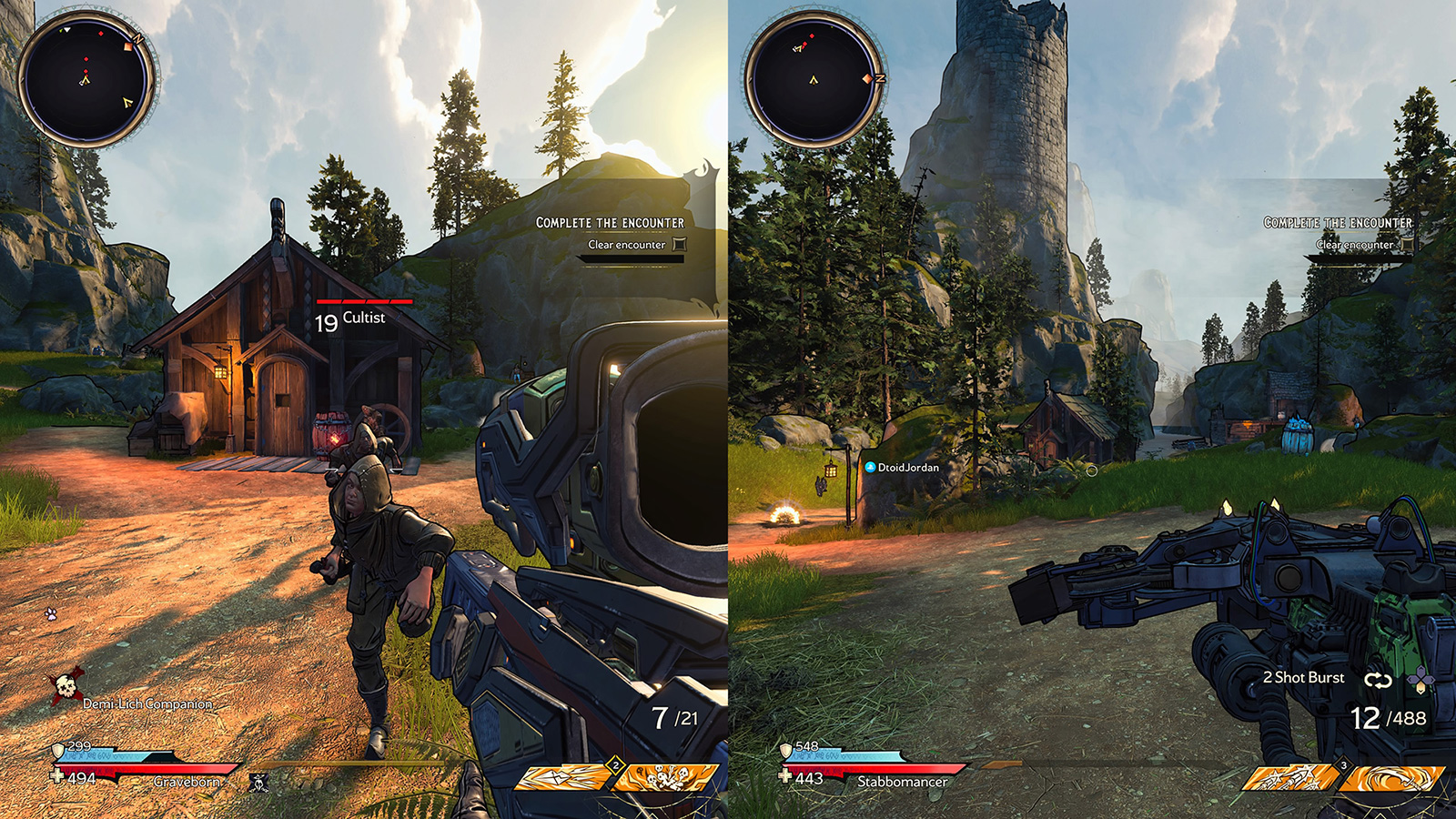 The co-op UI lacks important info at a glance

Tiny Tina’s Wonderlands has a glaring issue with the way item summaries are displayed in split-screen co-op compared to solo play, and I hate to see it. In an otherwise pretty fun, comfort-food sort of co-op experience, it’s unfortunate that it’s a total slog to figure out which loot — aka the driving force of Borderlands — is worth equipping or ditching.

It’s kind of hard to fully articulate the issue without visual aids, but I noticed something was off, and I poked around online to see if anyone else was feeling similarly (and if they had figured out a possible workaround; no dice). Other players have called the split-screen UI “infuriating,” “tedious and obnoxious,” and “nearly impossible to sort things out.”

So, if you’re wondering if it’s weirdly harder than normal to figure out what to equip in Tiny Tina’s Wonderlands with another player by your side in split-screen, well, same.

The overly vague item cards show up in the player inventory, too.

In order to see exactly what any given item does in split-screen, you’ll have to “inspect” it, and then, when you back out, the menu kicks you to the top of the list, rather than leaving you on the item you just inspected. Again, it’s far more of a chore than it needs to be, especially in an established series like Borderlands. The vague UI wastes time, straight up.

As one final point of comparison, the screenshot above is what it looks like when you go to equip an item as a solo player in Tiny Tina’s Wonderlands — you can see what the numbers actually mean in context, and there’s a detailed summary of the item’s perks, so it’s easy to weigh the pros and cons of the new item vs. what you currently have equipped.

Basically, there’s no need to hop back and forth between menus, as it should be.

Other players have been submitting their UI feedback, and it seems like a situation Gearbox Software could (and should) improve in a later update. I hope they do, and soon.

In the meantime, I’ll keep chipping away at this game with an hour here and an hour there.

Even with UI flaws, I’m digging Wonderlands more than expected, and it’s nice to have an honest-to-goodness split-screen game again. I was worried about how it might run, but so far, on PS5, it’s been smooth enough in Resolution mode — for once, Performance mode isn’t actually worth the visual trade-off. I always pick the latter, but not this time.

Also, if you’re curious, there is an option for horizontal and vertical split-screen.

You may want to hold off for now, and admittedly, the $70 price tag on PS5 stings. But if Borderlands is your go-to co-op game, Wonderlands might be tough to resist. I couldn’t. Sometimes we’re just in the mood to sling spells and shoot goblins in the face with an anachronistic SMG, and that’s okay. And hell, I don’t even mind Tina this time!