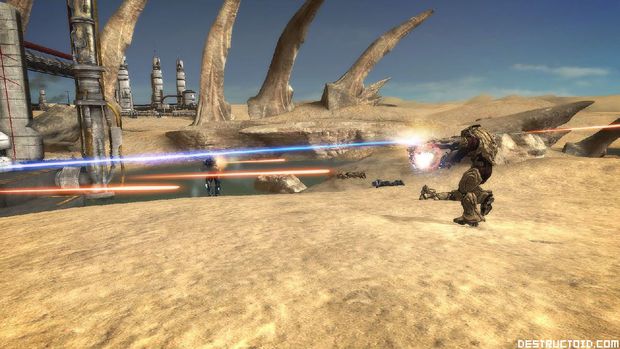 Following recent hints, TimeGate has confirmed that its sci-fi first-person shooter Section 8 will be coming to PlayStation 3 this Spring.

Interesting, the game (which was released to retail for Xbox 360 last year) will be coming as a download by way of the PlayStation Network download. The game will feature a single-player campaign along with 11 multiplayer maps, there of which were only available via DLC for the Xbox 360.

The PS3 version of Section 8 will also be the first game to support TimeGate’s TGNServer tech, which will allow players to host 32-player games from their PC.

The press release makes it sounds like Section 8 for the PS3 will be available as a download only, but we’re checking in with TimeGate just to make sure. Who wants to leave the house anyhow?

[Update: TimeGate has confirmed that Section 8 will be PSN download only.]