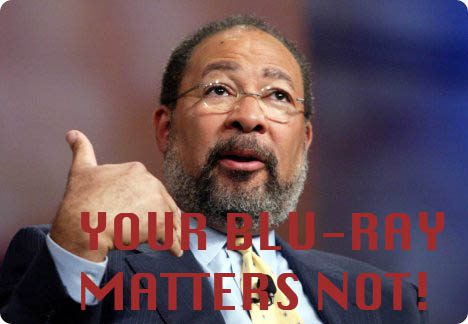 Buried at the end of an interview with Reuters, Time Warner CEO Richard Parsons said that packing a Blu-ray player in a PlayStation 3 won’t help the new format’s chances. Huh? I guess Parsons forgot about that whole PlayStation 2 helping move along DVD. Of course, yes, this is a totally different arena now, but the basic principles are still there.

But Parsons poured cold water on Sony’s hopes that building its Blu-ray technology into its just-launched PlayStation 3 video game console would give it an edge in the technology fight.

“Do I think that the game console platform is really going to drive the conversion? I don’t think so,” he said. “People get those things to play games, not watch movies.”

Either way, should we really care what this guy thinks anyway? Probably not, but he is the CEO of a rather large media company. Sony needs to start paying people off, this bad press ain’t helping things. (Feel free to send me checks if you do Sony, but I won’t promise anything.)