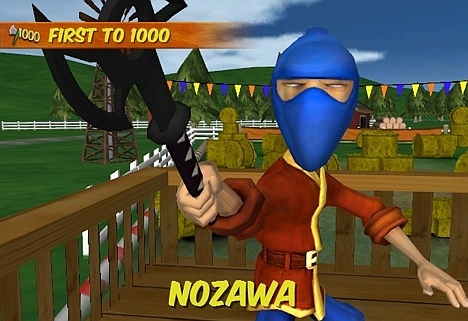 Majesco finally released some screenshots of their Wii-bound title, Go Play Lumberjacks. It’s a competitive party game that has five event categories: Sawing, Axe Throwing, Climbing, Chopping, and Water Events. Each category has a variety of mini-games ranging from pole climbing to the mysterious “Boom Run.” The accompanying screenshots show a slice of the mini-games, however, the keen eye naturally drifts to the obscene characters.

Yes, that is a ninja lumberjack. And he’s down with W-O-O-D.

Go Play Lumberjacks is rolling out in May this year.