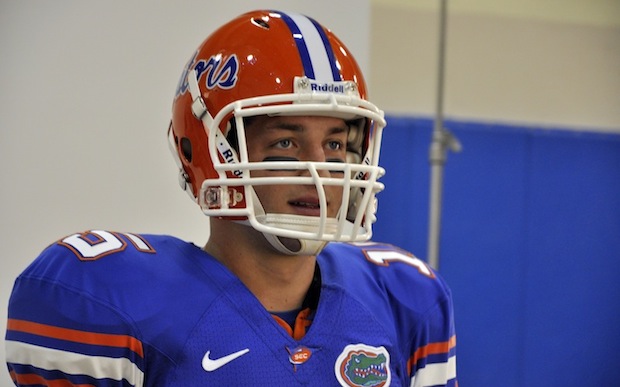 Reports that New England is cooling on Tim Tebow have reduced NFL draft experts to tossing out basic guesses as to where the Heisman-winning QB will end up. But while his eventual team and place in the draft is on shaky ground, we do know that the man will show up on the cover of NCAA Football 11.

ESPN was on-site with the boy wonder during his photo shoot for the cover of the annual EA Sports college football title. Tebow told the worldwide sports leader(TM) that he was more excited to learn about the game’s dirty little secrets — all the new stuff, like the “locomotion” trucking engine — than being on the front of the box. To be honest, we’d be really excited about the money first, and then maybe the game second.

Unlike last year’s game, which had different cover athletes for each version, NCAA Football 11 will feature Tebow on the box across all platforms.