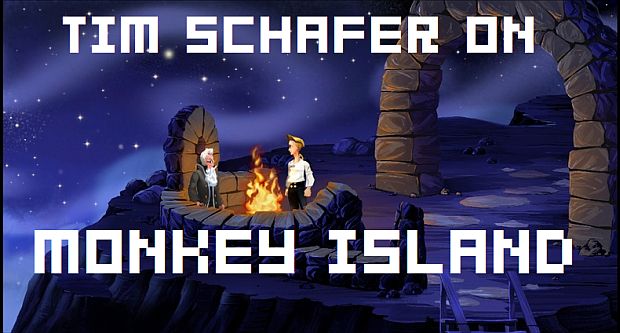 By now you’ve heard about the multiplayer for Brütal Legend, as well as the yet-unseen 4v4 mode. But, as we all know, Tim Schafer is a man of many hats, and one of the hats he wore was writer for the original The Secret of Monkey Island. It’s been a long time since he was cracking Guybrush Threepwood jokes, but Schafer was more than willing to discuss seeing his original masterwork be re-released.

“It’s really interesting,” he said. “I have a lot of warm feelings about Monkey Island — when I hear the music, I get instantly happy, and I remember it being 1990 … I was much younger, and it was before you could go online and read a bunch of nasty forum comments.” He then went on to describe how going back to playing the re-release, especially in the classic mode, brings back all those feelings again.

Of course, the game is almost 20 years old. One topic Schafer brought up was the fact that games, when they are re-released, “are either better than you remembered, or they are worse.” He got a bit literary on me, joking “I hope it’s not like Catch-22, where you read that in college, and it blows your mind. Then you read it as an adult, and you’re like, ‘I think this was better when I read it in college.'”

As for his involvement in the re-release and the new Monkey Island content, Schafer had none, although he had heard rumors prior to the release. Expect some more information from my interview with Tim Schafer soon, as well as the full interview next week!