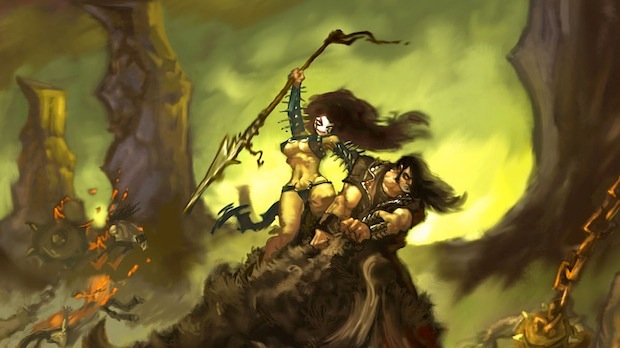 It’s easy to assume Tim Schafer misses the adventure genre. The man established his name a billion years ago at Lucasfilm Games, at a time when the adventure game was king and Lucas better than the rest. But even after having a hand in stellar adventure titles like Grim Fandango, Secret of Monkey Island, and Day of the Tentacle, Schafer finds himself missing the platform genre the most.

“You know what I miss more than adventure games,” Schafer asks Eurogamer in a recent interview. “Platform games. I was really sad that by the time Psychonauts came out it was illegal to make a platform game. I like a happy, brightly colored platform game — now everything has to be dark and gritty, and have a lot of shooting in it.”

“People bemoan the loss of adventure games, but no one wants to be sad about platform games,” he continued. “I think that’s a big loss … younger kids want to act like older kids, wanting to have guns, shoot things and be violent. A lot of them would like a fun, happy platform game.”

Earlier in the interview, Schafer says he didn’t leave the adventure genre because someone told him it was time. Rather, it was because he became interested in other types of games. “I could have kept working on them,” he said. “I just got excited about directly controlling a character …”

Will Double Fine and Schafer do another platformer? We don’t know, but it doesn’t seem like Schafer is too opposed to the idea. We’ll have to see what tickles his fancy in the future.