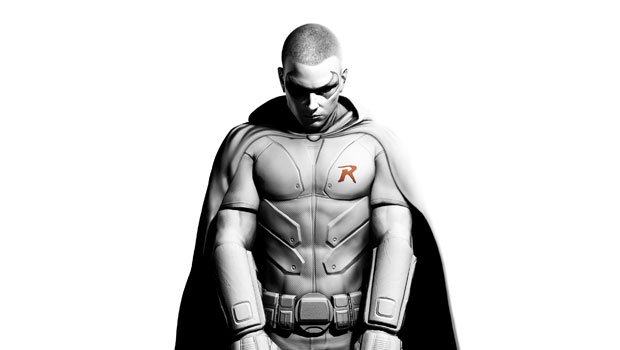 We already got word that Robin would be made available at Best Buy as a pre-order incentive for Batman: Arkham City. Now Warner Bros. has confirmed it, along with an image and some fresh details.

Robin — the Tim Drake version — will be a playable character in the challenge mode of the upcoming game. Warner says that he’ll come with his own special gadgets and moves, playable on all challenge maps, as well as two new ones included with the character: Black Mask Hideout and Freight Train Escape. You’ll also get a bonus “Red Robin” character skin to boot.

While this is available exclusively at Best Buy, it’s likely it’ll be made available for purchase somewhere down the line. Warner’s wording on this announcement is that the pack is “currently available exclusively to North American fans who pre-order the game from Best Buy.” So you know, if you want to pony up some cash later, I’m sure the publisher will be open to that.

What do you think of Robin’s look? Worth a pre-order?