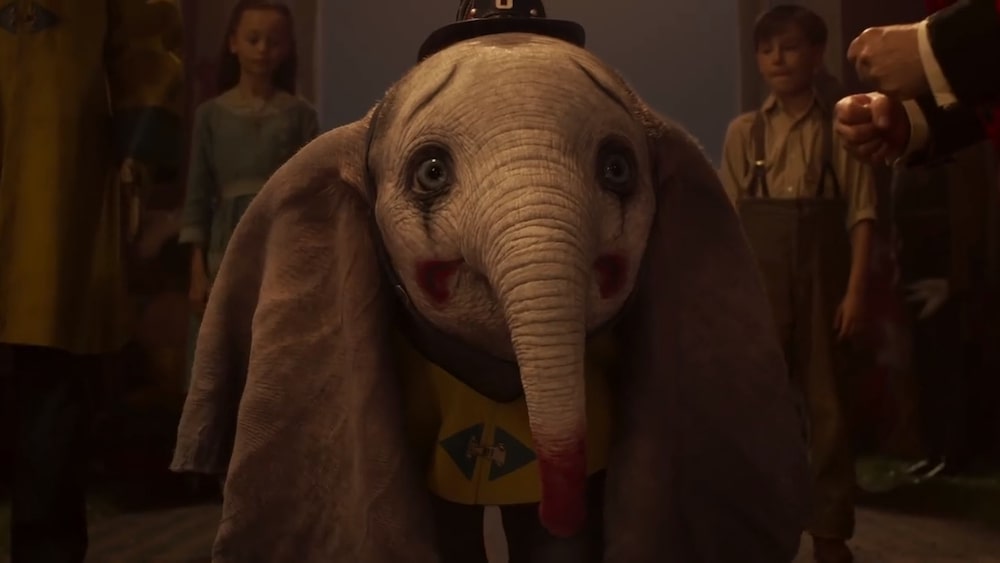 Also, Danny DeVito and Michael Keaton are in this thing

Disney doesn’t seem to know how to stop these live-action remakes of their classic animated films, and Dumbo, from Tim Burton, is one of their latest efforts. After an initial teaser showed what the basic premise of the film will be, a full trailer expanded on what we may see from the film’s plot and characters. It also reminded us that Danny DeVito is in this thing.

My memory on the original Dumbo film isn’t too fresh; I even got into a debate with a friend as we tried to remember whether or not Dumbo talked in that movie. Regardless, I don’t remember this many characters in that one. Burton’s film has Colin Farrell as Holt Farrier, a one-armed war veteran who works for circus owner Max Medici (DeVito) and takes care of the magnificent baby elephant. Dumbo’s circus antics is enough to attract the attention of entrepreneur V. A. Vandemere (Michael Keaton), who enlists Dumbo for his “Dreamland” venture. You can tell he’s evil because he wears a suit.

Burton previously directed the live-action Alice in Wonderland film for Disney, which was a massive box office hit. It’s a film that I missed out on—in fact, I haven’t seen any of these live-action Disney remakes. It isn’t out of protest or spite or anything of the like; I’m just not interested in seeing them. I’m also a bit confused on what the point of these films are, and in one case, I’m baffled by what a “live-action” Lion King even means when everyone is CGI—is Donald Glover filming in a motion capture suit on all fours?

That film and Dumbo highlight a problem that I have: it’s simply harder for photorealistic, CGI animals to be as expressive as cartoon animals. Again, I don’t have a leg to stand on, as I haven’t seen The Jungle Book, but it’s a concern I have nonetheless. The actual story itself seems sound, and I’m sure some business with Dumbo being separated from his mother will pull some heartstrings, but I’m having trouble feeling empathy for this CGI animal.

As long as Burton directed a remake of the scene where Dumbo gets totally wasted and starts seeing pink elephants, I’m content. We’ll find out when Dumbo releases in theaters on March 29, 2019.