Self-aware, spooky, but not smug

[Til Morning’s Light is a new horror adventure title from WayForward and Amazon Game Studios, bringing together talent from titles such as Aliens: Infestation, Skullgirls, and… Sailor Moon? We’ve got a variety of exclusive articles and interviews about the game coming this week, so stay tuned.]

A similar issue of fatigue has befallen the survival horror genre of late, at least in the world of AAA. Now when players are pitted against jump scares, lack of ammo, disorienting environments, and surplus gore, they aren’t likely to think about how much trouble they’re in. They’re more likely to think about the last time they saw these tropes in a survival horror game. When a new AAA horror dog jumps out at us from an unsuspecting place, they don’t think about that dog. They think about the Resident Evil dogs, or the Silent Hill inside-out dog-things, and immediately start comparing their old horror dogs to the new. Being aware of how the sausage is made works well to make eating sausage more horrific, but it only works to make horror games or film feel passe.

With Scream, horror legend Wes Craven managed to take the audience’s familiarity with slasher tropes and make it work in everyone’s favor. By acknowledging that the audience knows the “rules” of the genre, he engaged them on their level while making the familiar feel fresh and unpredictable again. That’s exactly what Adam Tierney and WayForward appear to be doing with Til Morning’s Light. It’s a game that affectionately acknowledges the player’s awareness of the genre’s language while working to take it to new places.

Til Morning’s Light starts off with protagonist Erica Page being forced into a big spooky house by two of her more narcissistic, subtly sociopathic peers. While they aren’t as overtly monstrous as some of the enemies Erica will encounter later in the game, they definitely come across as soulless. I won’t be surprised in the slightest if they turn out to be cannibals.

Erica doesn’t seem deterred, even in the face of harsh teenage snark and a probable death trap. This is the point in the game where Til Morning’s Light first shows you’re playing as a character who has probably played a lot of the same survival horror games you have. Like the movie Kick-Ass, where the costumed heroes are open fans of superhero comics like Batman and Spider-Man, Erica seems to recognize how much her current dilemma feels like something from a PS1- or PS2-era horror title. 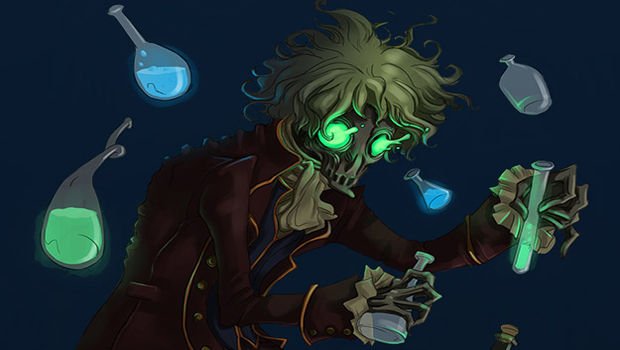 It’s a risky move, which if done poorly, could have easily broken suspension of disbelief. Thankful, Til Morning’s Light has the tact needed to have the opposite effect. Erica seems even more believable and easy to relate to given her knowledge of survival horror. If you are the kind of person whose mind might wander to memories of virtual Raccoon City if you were ever trapped in a old, abandoned mansion, then you and Erica already have something in common.

You won’t have too much time to sit and relate with Erica, though. It only takes her a few minutes of mansion exploring before she comes into contact with some serious threats in the form of giant flying insects. In the face of actual danger, she’s less apt to wear her experiences with horror games on her sleeve and more apt to get into a kill-or-be-killed mentality, which also makes her easy to relate with.

Til Morning’s Light is coming to multiple platforms, but it was designed for touch screen interfaces, which might have some of you worried about how fun its combat might be. Much as Superbrothers did with Sword and Sworcery, WayForward has found a smart way around the touch-only design interface that keeps the action simple but tense. Bumping into an enemy on the exploration screen triggers a battle not unlike in a turn-based RPG. 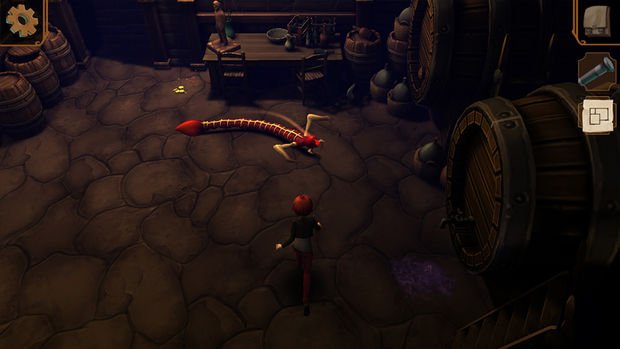 Once you start fighting, there’s no time for passivity. Things break down into a design that’s probably most easily comparable to Elite Beat Agents, except without the upbeat party feel and all the fear of total failure. Tap a circle at just the right time as a ring closes around it. Hit it at the perfect time, do big damage. Come close, you’ll squeak by. Fail outright, and you take a hit. Circles appear on screen at unpredictable rhythms and placements, so you’ll have to keep your eyes and fingers active to stay alive.

It might not sound like it should work for a horror game, but the level or powerlessness and tension I felt during these encounters was a perfect fit for the genre. Like most real-life fights, combat in Til Morning’s Light seems like it should be simple — just hit the thing that’s causing you problems and don’t screw up. Of course, these fights are rarely that simple (especially as you gain new weapons that change the combat system) leading to teeth-clenching suspense where even the smallest mistake can make you suffer. 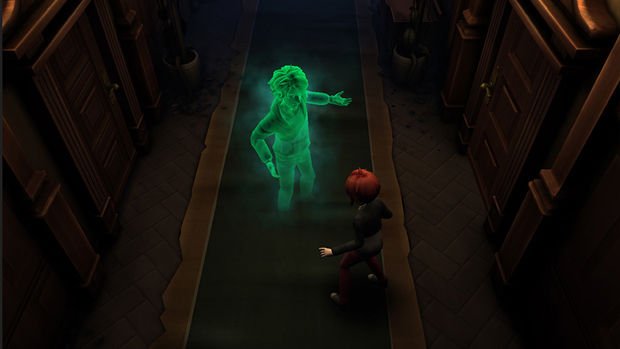 These bloodthirsty bugs might feel like arbitrary horror game enemies at first, but dig a little deeper and you’ll find that there is a valid explanation for their place in the mansion. I don’t want to give too much away, but rest assured that in my time with Til Morning’s Light, none of the action, exploration, and puzzle solving felt like it was there just to follow the “rules” of survival horror game design. Everything had an explanation, even the Resident Evil 4-like shop keeper who manages to pop up in the most unusual, dangerous places. Knowing that those explanations are there, should I be brave enough to discover them, was just one of the things that kept me wanting more from Til Morning’s Light.