How do you want the combat?

Torment: Tides of Numenera developer inXile entertainment just put out a blog post with a Q&A video that has details on the game’s alignment system, and they ask fans how they would like to see combat implemented.

The first option is to have real-time combat with pausing — this is the classic system from Planescape: Torment and Baldur’s Gate. All characters move and fight at the same time, and the player can pause at any point to issue orders. The other option would be to have turn-based combat, which would be similar to Fallout and XCOM: Enemy Unknown.

Either system sounds good to me, but I think I would prefer the real-time with pausing. It would match how the older Black Isle games used to play, and that’s one of the things I really want from Torment. 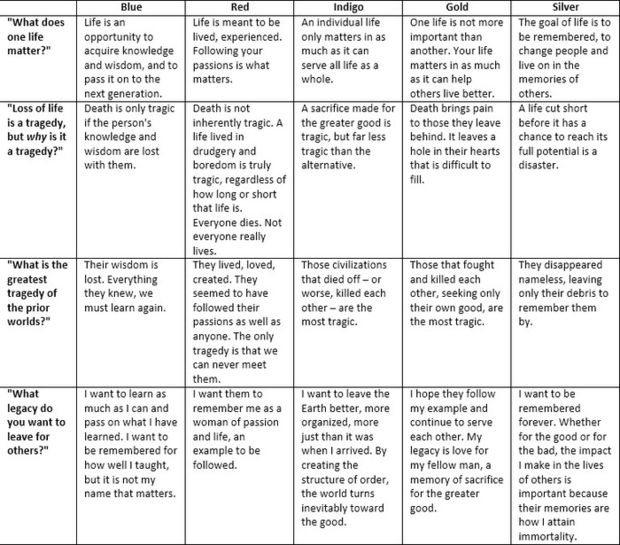 The blog post shared some details on Tides, which is Numenera’s alignment system. Instead of good, evil, chaotic, and lawful, the Tides use colors to show a character’s legacy. The goal of the Tides is to show how a character will be remembered.

Tides don’t take motives into account, and are only affected by actions. The chart above shows the different colors, and their responses to some questions about life. It looks really interesting, and I can’t wait to see how they implement this into the game.