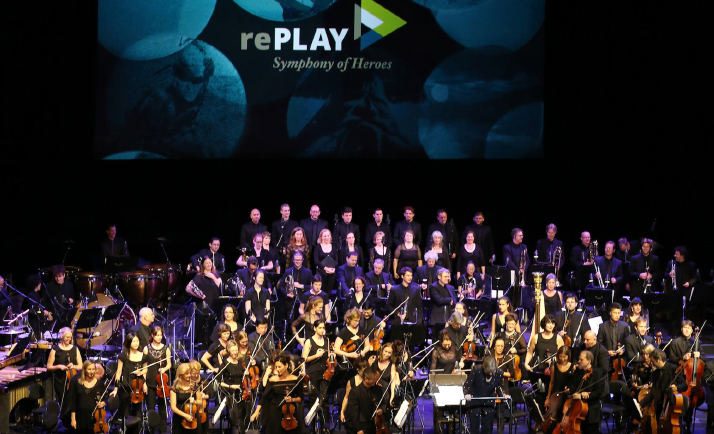 From the makers of The Legend of Zelda: Symphony of the Goddesses

Music from Final Fantasy, Mass Effect, Halo, Journey, God of War, Portal 2, and other videogames will appear in new orchestral concert series rePLAY: Symphony of Heroes. Tickets for concerts worldwide are on sale right now. Next month, the concert is coming to Houston, Texas and Los Angeles, with the latter timed right with Anime Expo.

If you remember the concert series The Legend of Zelda: Symphony of the Goddesses, rePLAY comes from the same creators. This means top pro symphony orchestras playing along with high-definition game videos, synchronized perfectly.

The concert’s name comes from the theme, heroes. So each performance follows a hero’s journey through 17 stages found both in literature and videogames. The story is accompanied by visuals from the games, and is narrated by Nigel Carrington of Dear Esther.