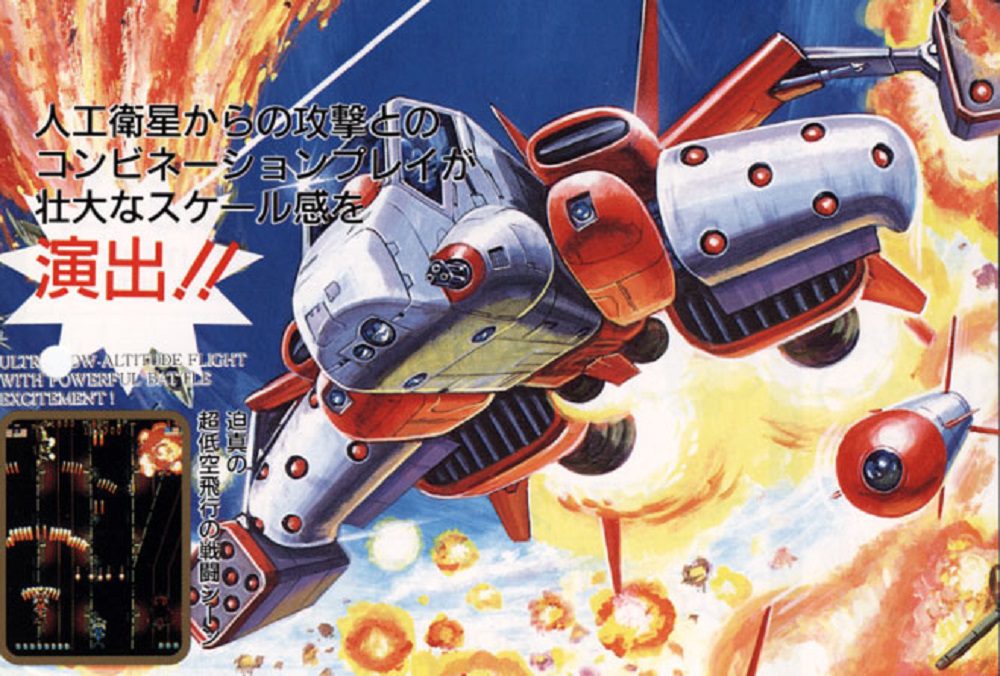 It’s Saturday, so it’s time to take a gander at the newest entry in the Arcade Archives range, courtesy of the retro fans over at Hamster. This week sees the publisher fall back on the tried-and-tested shmup genre, with the release of NMK’s sky-high battler Thunder Dragon.

Released in arcades in 1991, Thunder Dragon puts players in the pilot seat of a highly advanced helicopter, fending off an almighty invasion by what appears to be an alien force but – according to the game’s flyer – is actually a terrorist organization piloting stolen military technology. Huh. Thunder Dragon offers fast-paced, vertically scrolling action in efforts to capture the gameplay style of the then mega-popular Raiden series, but with a super patriotic U.S. aesthetic. Amusingly, the bootleg version of the Thunder Dragon JAMMA board actually went as far as to rip-off the Raiden’s actual OST.

Despite being packed with explosive effects, flashy weapons, and a head-bangin’ soundtrack, the forgotten shmup did not receive a home conversion and, as such, is a very welcome addition to the Arcade Archives range. Thunder Dragon is available to download now on PS4 and Nintendo Switch, priced at around $8. Check out the action in the video below, courtesy of YouTuber Urien84.