Today I stopped by the PlayStation booth at PAX East to take a look at a rhythm-hell fever dream that I’ve much looked forward to: Thumper. You know your boy hopped directly into the opportunity to experience Drool’s nightmare running on PlayStation VR.

I sat down and was given a brief introduction to the game as well as the PSVR headset (both of which I’ve had no prior experience with), and the next thing I knew I had a controller in my hands, headphones on my head, and Thumper in my face. And as it turns out, it’s the hardest-to-describe experience I’ve ever had in my life. 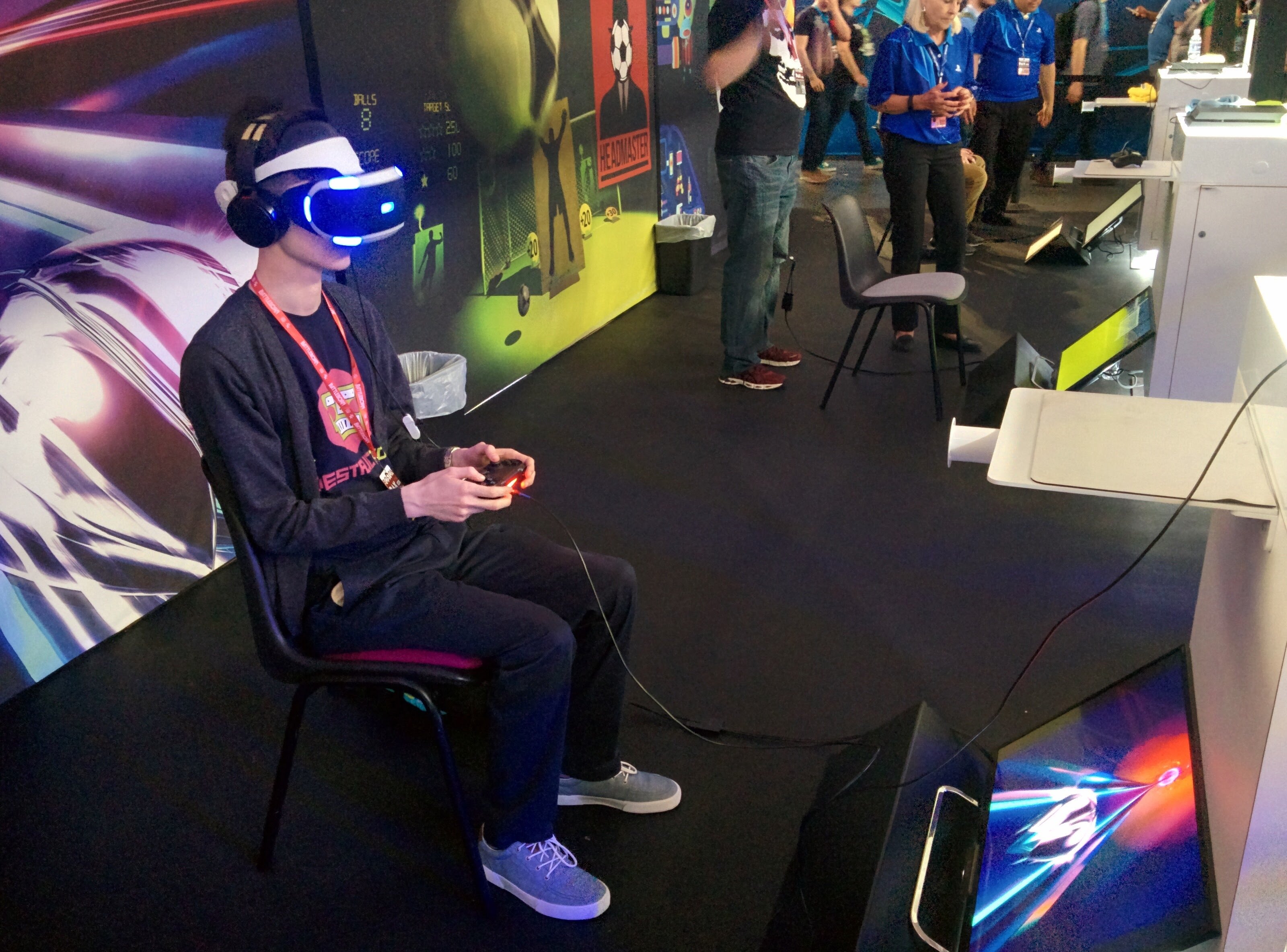 My space-beetle glided along a narrow track that seemed to extend upwards, forever. A disturbing but quiet ambient track droned in the background as I was led through the game’s tutorial stages. The controls are simple – the D-pad and the X button are my only method of communicating with these demonic call-and-response rhythm challenges, but that doesn’t mean Thumper isn’t challenging.

As I was flying down the track at near breakneck speeds, visual and auditory cues indicated upcoming obstacles, which from what I played included a blip on the ground that sets forth a shock wave, fences to break through, and sharp ninety degree turns guarded by rails. Later stages threw everything at me in different patterns in quick succession, which proved to be challenging for my reflexes and sense of rhythm.

The more progress I made, the more intricate the music became, with dynamic swells and outright scary instruments and rhythms. I have absolutely no music background and it’s really hard to describe, so I’ll let this video demonstrate that which I can’t quite put into words.

But of course, playing the game in virtual reality only made it that much more unsettling and sweaty, in a good way. My glasses fit perfectly into the headset, and the lenses used gave me a clear and crisp image with a field of view that, in my experience, was close to indistinguishable to that of the HTC Vive or Oculus Rift. The PlayStation VR’s 1080p resolution resulted in visible pixels, yes, but after a few stages of Thumper any concerns I had seemed to melt away.

Being able to look further down the track to see what’s coming after two or three gnarly turns proved to be a godsend. I haven’t played the game in regular-ass 2D yet, but I can certainly say that Thumper’s eye candy is exponentially more engaging when it’s surrounding me from all directions.