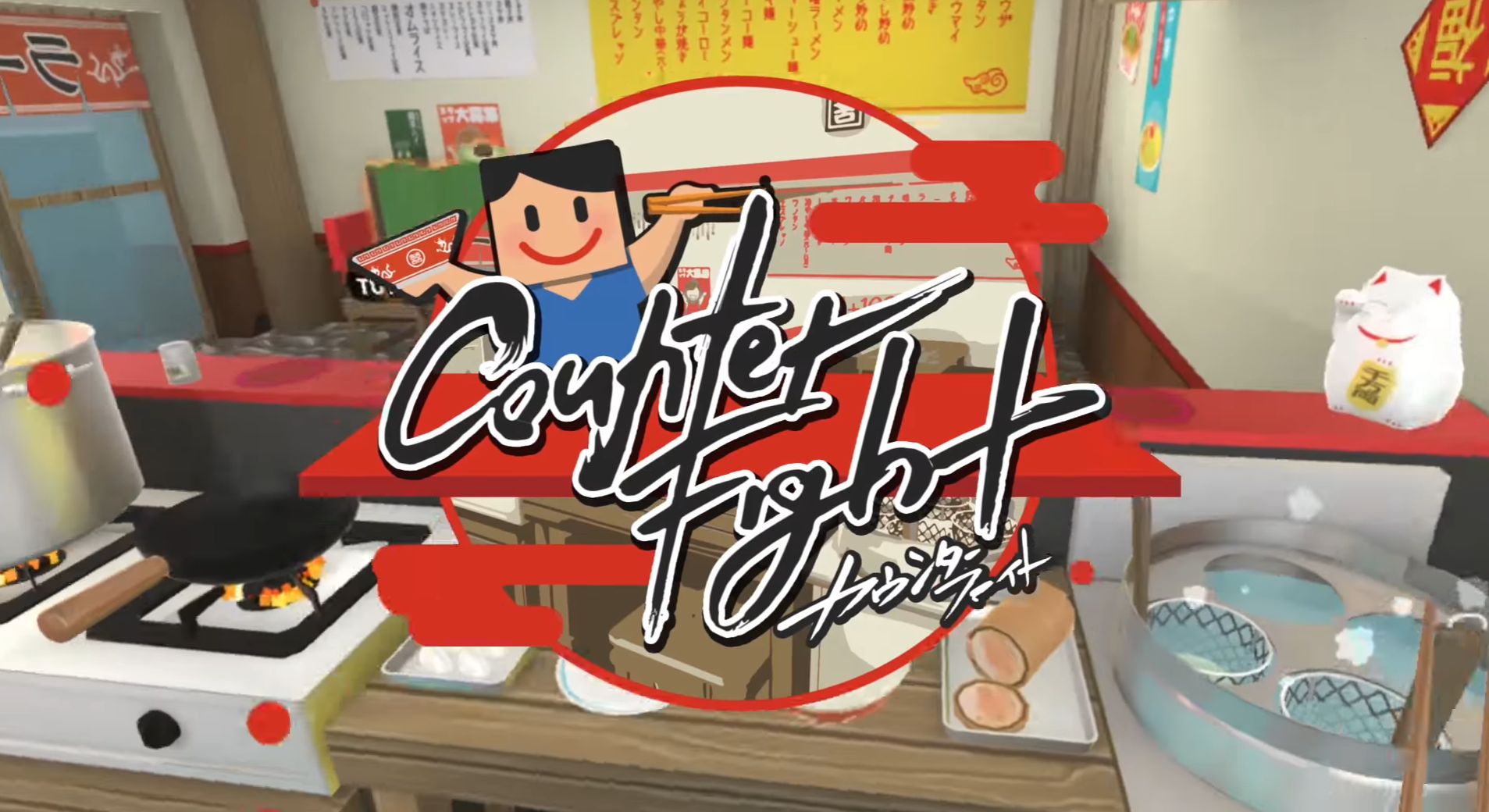 I started to write this first sentence as “Japan is a country where people really love working, so I’m surprised there aren’t more games about working” but then I remembered that RPGs, as much as I love them, are quite a bit like work. Still, you’d expect more actual job simulators. Germany would buy them.

Not an RPG is Tricol’s Counter Fight for HTC Vive. Described as a “work simulation,” this game gives me some Yoshinoya vibes, but is almost certainly inspired by Job Simulator. You work play (I actually typed “work” instinctively) as a chef at a ramen restaurant, fulfilling various orders of customers, who look like Minecraft characters in Jazzpunk-style art, including different bowls of ramen, cooking gyouza, and pouring beer.

Going through the video I was afraid it would be a standard follow-the-rules game without fail states or being able to do silly things as you can in Job Simulator, such as make intentionally wrong orders or toss things. Luckily good ole Japanese shenanigans are embraced in this game, as it closes showing the player defending his station from robbers as well as hurling maneki-nekos and beer at everyone including the players personal Chinese-dress-adorned cheerleader.

Unlike Job Simulator this is the only job available. I’m curious about finer details such as whether or not the working space changes based on the size of your VR play area. It’s unfair to keep comparing it to Job Simulator but it’s hard not to. Certainly if you have a Vive laying around and you are looking to goof off at work some more this might cure the itch.