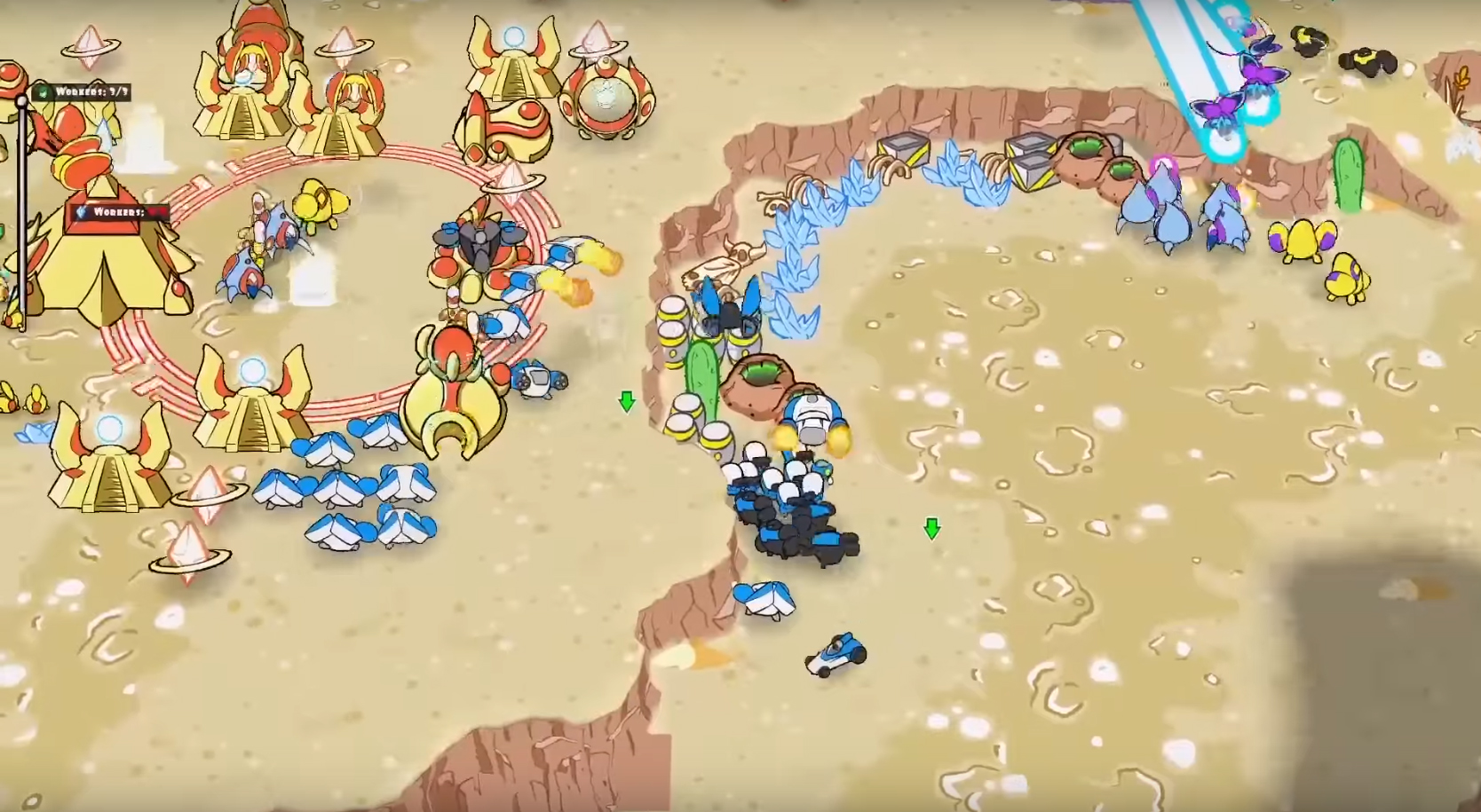 StarCraft II‘s third and final expansion, the Protoss-themed Legacy of the Void, came out a little less than a year ago. Since then, players looking to freshen up their game could play a Nova-centric side story, but that’s about it.

Since Legacy came out, Carbot Animations has been hard at work on a total conversion that cartoonifies all StarCraft II units and buildings, making them look like something you might see in a Behemoth game. It doesn’t change the gameplay at all, just the visuals and audio. Called the Star Crafts Mod, it’s harder to describe than you’d think, so have a look at the video.

The Star Crafts Mod is intended to inject a little humor into StarCraft II, including a dedicated button you can use to literally throw hunks of cheese at your opponent. The team got their start making animated videos set in the StarCraft universe. The videos’ popularity led them to begin experimenting with converting the game’s appearance, and they set up an Indiegogo page to fund work on the mod over a year ago.

This mod won’t work in Ladder games, but you can play it by yourself or against friends. If you’d like to try it out before it officially releases, you can do so here. The mod will be freely available to all StarCraft II players starting tomorrow, and does not require the base game to play. If you’d prefer to wait, you’ll be able to find it in StarCraft II‘s Arcade mode by typing “Star Crafts Mod” into the search browser.

(Thanks to Robert for the tip!)

Filed under... #Blizzard#Crowdfunding#Modding#StarCraft#Starcraft 2#The Behemoth