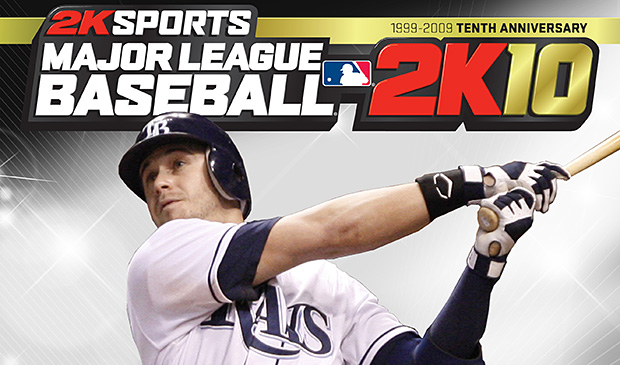 Look, I haven’t played a baseball videogame since Super Baseball 2020 (remember that!?), but I may pick another one up now.

2K Sports has announced a crazy prize of $1,000,000 to the first person to throw a perfect game before May 2 in Major League Baseball 2K10. The PlayStation 3 and Xbox 360 game has improved pitching mechanics, and they’re putting up $1 million to promote that.

“You don’t see too many perfect games thrown in MLB 2K, but we’ve seen it happen,” said Jason Argent, vice president of marketing at 2K Sports. “Our goal is to celebrate and highlight Major League Baseball 2K10‘s superior pitching and hitting mechanics this season, while also giving one of our loyal fans the thrilling opportunity to be rewarded with a lot of money.”

The contest kicks off on March 2nd, giving you a month to perform this near-impossible feat. They’ll need a full video recording, which will be verified by Twin Galaxies. The PS3 or 360 version is required. You’ll find full details on the contest after the jump.

Any of you out there going to try for the $1 million?

Fans will be able to participate in the $1,000,000 Major League Baseball 2K10 contest beginning on March 2, 2010 at 12:01 AM PST, and ending on May 1, 2010 at 11:59 PM PDT. To compete, gamers must play in MLB Today mode, select from any of the available matchups, and then choose the option to participate in the ‘Major League Baseball 2K10 contest’ that will automatically default to the proper gameplay settings according to the official gameplay rules. Entries must be recorded via camera or digital video recorder in compliance with guidelines provided by 2K in the Official Rules, and all eligible entrants must submit a copy of their recording in its entirety for verification. Submissions will only be accepted on DVD. To ensure accuracy in the verification and submission process, 2K Sports has partnered with Twin Galaxies International, the worldwide authority on video game world records, and provider of scores to Guinness World Records that are published in the Guinness World Records: Gamer’s Edition. For more information about the $1,000,000.00 Major League Baseball 2K10 contest, please visit: www.2ksports.com/perfectgame.

Game must be played on Xbox 360 or PlayStation 3. Open to legal residents of the 50 United States and the District of Columbia (D.C.), who are 18 or older (excluding residents of AZ, CT, MD, ND, and VT). Void in AZ, CT, MD, ND, VT and where prohibited. Begins on 3/2/2010 at 12:01 AM PST and ends at 11:59 PM PDT on 5/1/2010. Contest subject to, and entrants agree to be bound by, the official rules published at www.2ksports.com/perfectgame. Grand prize is subject to winner verification. Grand prize will be awarded only if an entrant throws a perfect game by 5/2/2010 in accordance with the official rules. Official Rules will be posted prior to contest start.