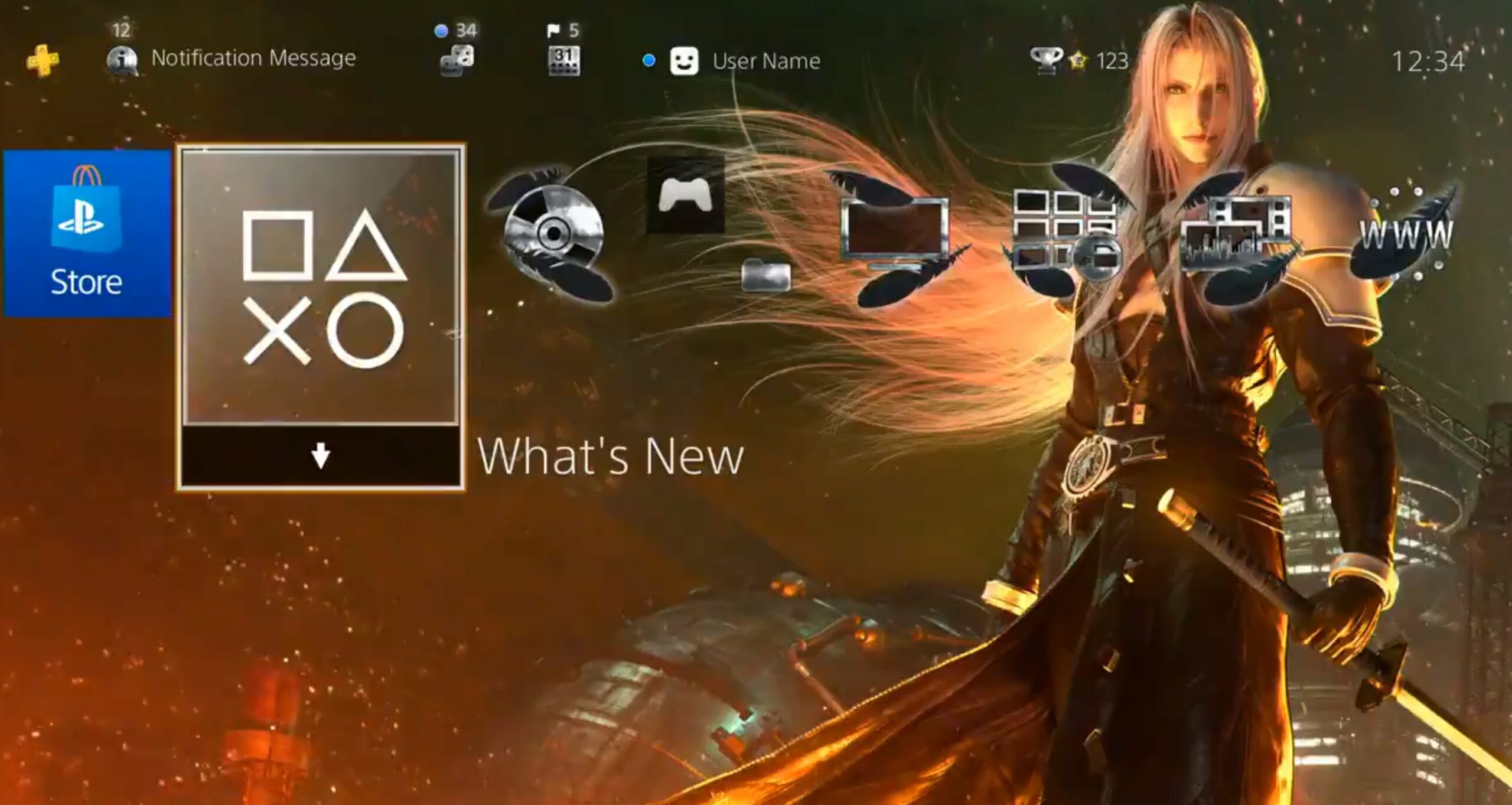 In case you missed it, Square Enix is going hog wild when it comes to Final Fantasy VII Remake‘s marketing. The timed PS4 exclusive is all over the place, with candy bar schemes and Final Fantasy XIV joint ownership promotions. There’s three more tied into promos of sorts on the way.

Announced by way of the Final Fantasy VII Remake Twitter account, a dynamic PS4 theme is coming that’s Sepiroth-focused. The only way to get it right now is to pre-order Remake on Amazon, and it seems like the offer is extended to the US, “various retailers” in Europe and Amazon Japan. Square also provided a pretty good look at the theme via the video below, which showcases how dynamic it really is. Midgar is burning!

The publisher also announced through their western Twitter account that more themes are coming. You can net one (key art of the crew on a Midgar bridge) by downloading the demo before May 11, and the second (the Cloud box art) will be “available for free to all PS+ users soon.” That’s a lotta themes! And a lot of hoops to jump through for a few of them.

These aren’t the only themes available, and we’ll be posting more over the coming weeks.

First is a free theme available from April 10th if you download the #FF7R demo before May 11th! pic.twitter.com/0LC89hwNRW

The second of three dynamic #PS4 theme we’d like to show you today focuses on the city of Midgar in #FinalFantasy VII Remake and also features our main protagonist Cloud Strife!

This will be available for free to all PS+ users soon! #FF7R pic.twitter.com/qmCbpTDnEW

We’ve shown off two dynamic #PS4 themes today and here’s a third. This Sephiroth theme is available as a pre-order bonus with https://t.co/ThA10iWA8z in the US, and at various retailers throughout Europe.

Stay tuned for a closer look at some other #FF7R themes in the future. pic.twitter.com/mp48OvNC2c