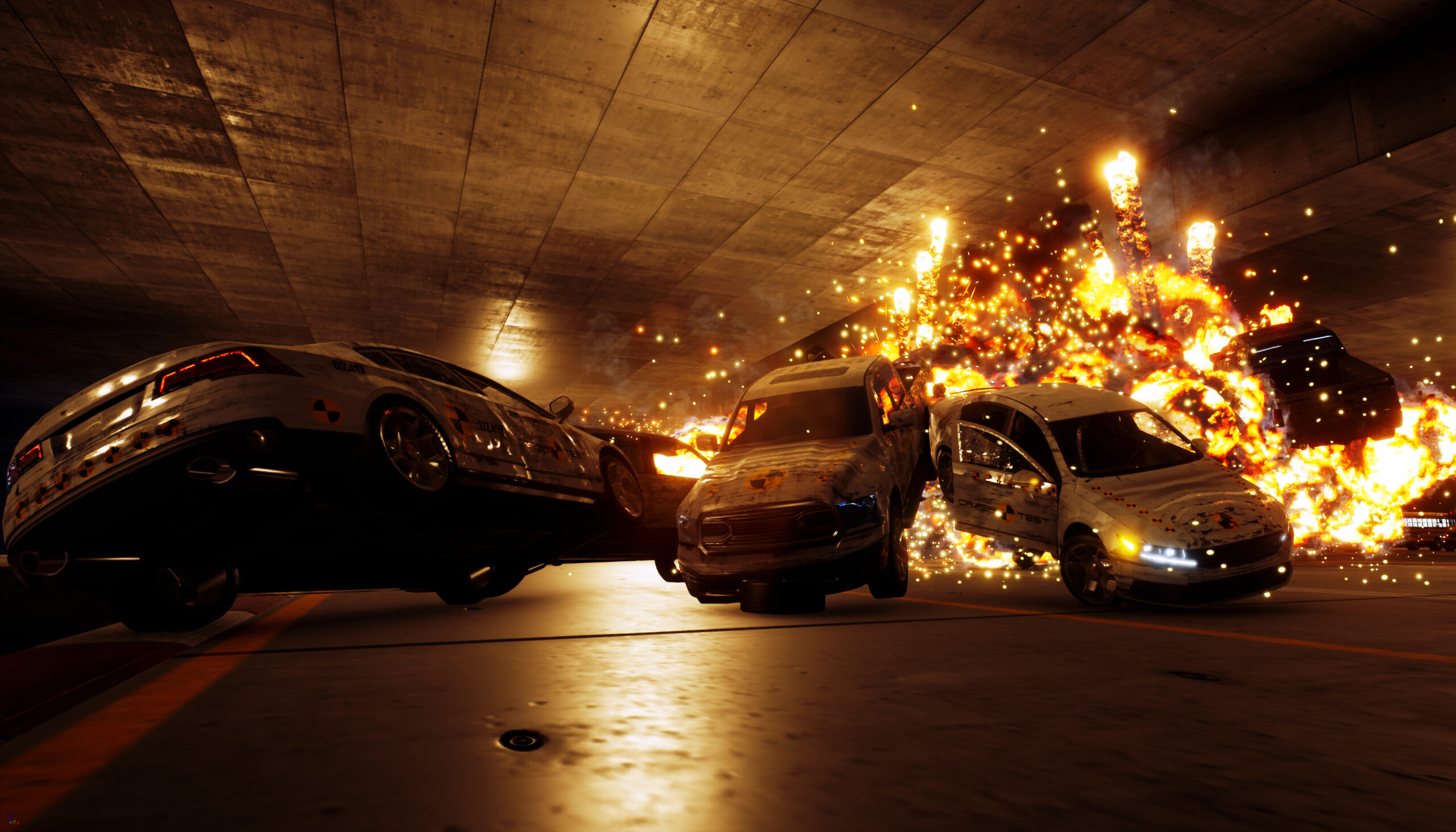 Three Fields Entertainment is a company most of you are probably not familiar with. Created by the heads of old-school Criterion Games, Fiona Sperry and Alex Ward, they’ve only released Dangerous Golf and Lethal VR thus far, but that is going to change soon. Eager to get back to their roots, the next game from the indie studio is being called a spiritual successor to Burnout‘s “Crash Mode.” Danger Zone is a game about realistic crashes and causing mass havoc on the road.

There is a massive interview with the studio over on Eurogamer, but the information related to Danger Zone confirms that it will be on PS4 and PC only; no Xbox One or Switch ports are being worked on. The game will feature 20 junctions to crash in and will be more about realistic physics and destruction instead of Burnout‘s more exaggerated take on racing.

Multiplayer is also not included in the game, though that is due to the studio size (six people). They are hoping old fans will enjoy Danger Zone so that they can expand the concept for a potential sequel. Online leaderboards will be present for tracking high scores, though. The release date is set for May (next month!) and is priced at £9.99 (and will more than likely be $14.99 US).

It all sounds pretty great to me, apart from the information about how Three Fields hasn’t really broken even with their previous two games. I don’t know if immediately jumping into a Burnout successor would have been the right move, but I definitely would have been more likely to blindly try a racer by them had I known the pedigree of the team.

Criterion Games, on the other hand, hasn’t made a racing title since 2013’s Need for Speed: Rivals. For all intents and purposes, EA is done with Burnout and has shifted Criterion over to development on the engines for Battlefield and Star Wars: Battlefront. If you’ve been dying to get back that arcade racing action, this is probably the best you’re going to get.