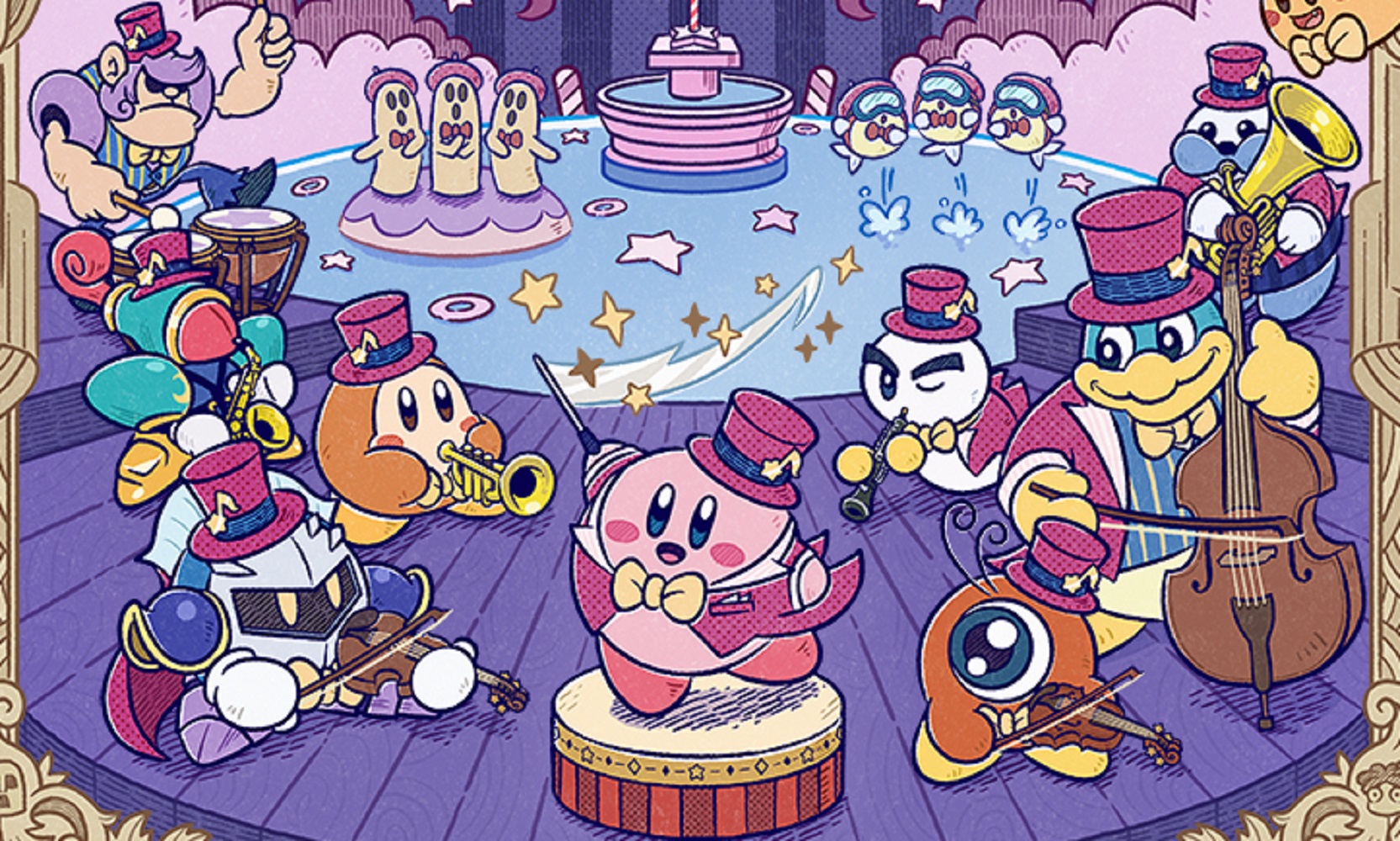 The first of the three releases is Kirby 25th Anniversary Orchestra Concert, a recording of the Japan Philharmonic Orchestra playing arrangements of a multitude of classic Kirby tracks. The set list was performed at the titular concert, which took place just over one year ago.

The second album is the Kirby Memorial Arrangement, essentially a selection of tunes that were written for the aforementioned concert but were ultimately cut from the performance. The final release is the soundtrack album to 2016’s Nintendo 3DS release Kirby: Planet Robobot.

Well, this is a real nice surprise for the legions of dedicated Kirby fans. If you want to chill out this afternoon, put on some tunes, inhale some food, then the three albums can be purchased from iTunes, Amazon, Google Play and Spotify.