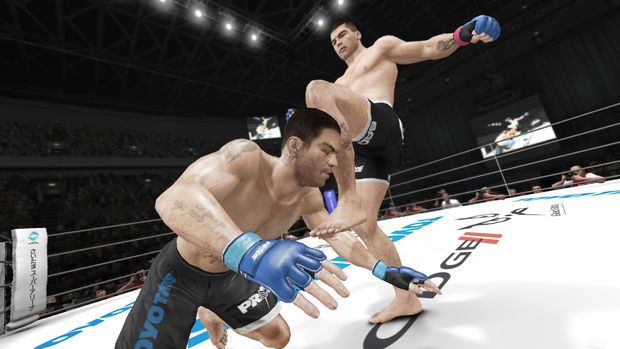 THQ says that Electronic Arts intentionally ruined THQ’s relationship with UFC parent company Zuffa to get their own license deal. According to Polygon‘s findings, THQ is suing EA and Zuffa over the UFC game license. If you’ve been keeping track, you know that EA now holds the license.

THQ says that EA used inside knowledge about its rough financial situation to dump on them. They claim that in prior acquisition negotiations, EA learned of THQ’s financial situation. EA later backed out of the deal, but it wasn’t too long before Zuffa terminated the THQ UFC license. Hmm.

Now THQ are looking to recover the value of the UFC property as well as damages of at least $10 million from EA. And if that wasn’t enough, they’re looking to get the profits of the UFC game franchise from EA, and are also asking the court to disallow Zuffa’s bankruptcy claims against them.

A new EA Sports UFC game is slated for release in 2014.

EA’s spokesperson tells Polygon, “We believe these claims are without merit.”