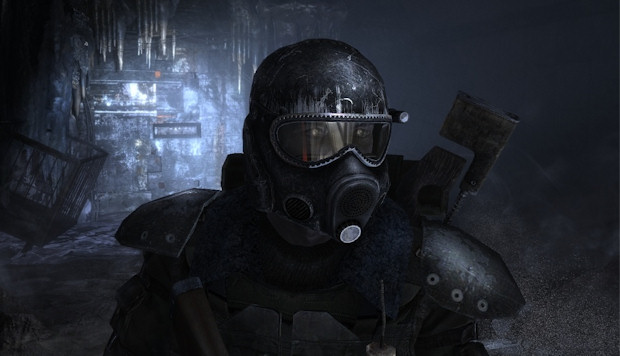 We’ve been chatting with THQ’s David Langeliers about this Spring’s promising new shooter, Metro 2033. One of the game’s main draws is its story — based on a novel of the same name. We asked how important the story was to Metro 2033 as a videogame, and how crucial story has become to games in general.

“The story is very important to the game, and balancing the narrative and gameplay was one of the hardest (if not the hardest) problem that we faced during development,” offers David. “I think a strong narrative has become much more important to games and your average gamer over the last couple of years. Of course it depends on the type of game (with something like Mario Kart a narrative isn’t really needed or missed), but it’s easy to see with large AAA movie-esque titles like Uncharted 2 how much a strong narrative can add to the experience. It’s important for us as well.”

I must confess that I was personally unaware of the Metro 2033 novel before the game was announced, and have been curious about the story. Luckily, David was on hand to explain it in a little more detail. Hit the jump for a quick look at Metro 2033‘s plot.

“While I don’t want to reveal too much of the story here, I can tell you this,” he teases, like a big cheeky tease. “In the world of Metro 2033, each metro station has become its own small city state. They each have different specialties in cooking, crafting, trading, etc … depending on the resources most abundant to them and the people who inhabit the station. Like nations of today, they also have their own religious and moral beliefs, as well as agendas. Stations sign treaties with each other, war with each other and trade with each other.

“Some are openly hostile towards newcomers, while others welcome strangers with open arms. However, almost all of them have something in common. The struggle for survival and a desire for humanity to regain its past glory and dominance over its surroundings.”

That may explain the neo-Nazis shown in the game’s last big trailer. The idea of a bunch of post-apocalyptic communities becoming their own miniature nations with wildly varying ideals sounds really bloody good to me. The more I hear about Metro 2033, the most interesting it get … and I’m checking it out with my own eyes tomorrow!