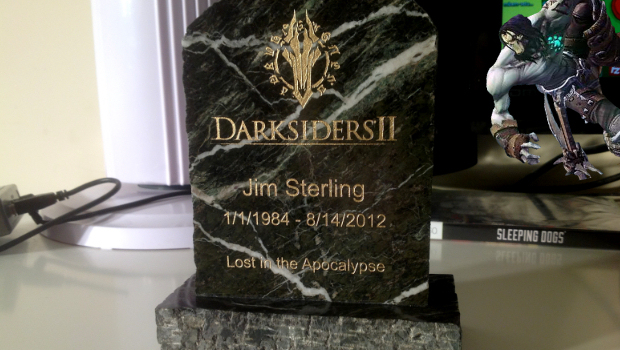 No sooner had I put the finishing touches on the upcoming review for Darksiders II than this … thing arrived. I would like you all to serve as witnesses in the event of my disappearance, because I am fairly certain this can be classed as a threat of some kind.

So yeah, that’s a gravestone, made out of proper stone n’ stuff. I do have to say, it’s probably the classiest bit of swag that’s swept this way in a while. If I’m going to get accused of being “paid off,” it might as well be for a miniature chunk of rock with my death printed on it.

Anyway, Destructoid’s review (and the game) goes live on August 14.