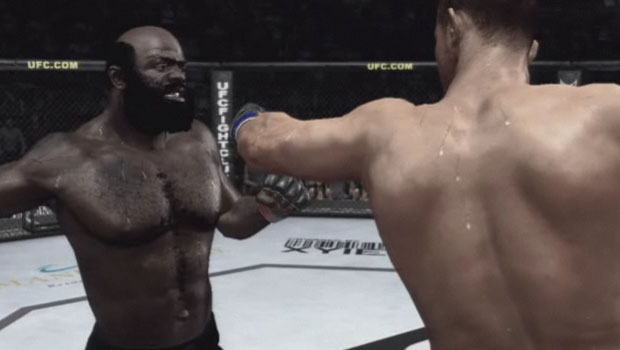 Following the reveal that Brock Lesnar would be the cover boy for its upcoming UFC Undisputed 2010, THQ has revealed the first details for the follow-up to last year’s hit title.

In the gameplay department, Undisputed 2010 adds a new “Sway System” which offers full upper body and head control, as well as a new ground “Posture System.” New moves and cage positions have been added to the mix as well, including moves from Sambo, Karate, and Greco-Roman Wrestling, in addition to the new Southpaw stance.

Also new to Undisputed 2010 will be the ability to form fight camps and leagues, training your players and then taking them online in a “virtual UFC world.” The Career Mode will return, including a new “Game Is Watching You” system that will take note of your actions and influence in-game commentary, opponent A.I., and other elements of career progression. The aforementioned online fight camps and leagues will also be integrated with the career — you’ll be able to engage in co-op sparring sessions with others in your camp to increase cred, popularity. Sponsorships are apparently influenced by player interactions during “on-camera” interviews and weigh-ins.

Outside of the career, the game adds three new modes: Title Mode, where you’ll simply fight through a weight class and then defend your title; a Title Defense Mode; and a Tournament Mode that will let you fight in a 16-player individual or team tournament locally.