Too many influences to count

There is so much happening in Biomutant that I’m at a loss for where to begin. Maybe calling it Jak and Daxter meets Devil May Cry meets Enslaved would be a good place to start. Or maybe a better jumping off point would be to mention that it’s an open-world RPG with functionally limitless different ways to mutate the protagonist and his abilities.

Biomutant is a tough game to succinctly sum up but I’ll try anyway. It’s the story of a world-ruining environmental disaster, and an anthropomorphic raccoon thing and his robotic grasshopper sidekick’s attempt to save everyone (or kill them all).

The title Biomutant derives from the main plot point and the way that it ties into the gameplay. This open world is full of mutators, each of them uniquely affecting the makeup of the protagonist. These have an impact on appearance (possibly rendering the robust character creation at the start somewhat moot) but they’re largely meant to customize combat.

At its simplest, fighting in Biomutant has that satisfying hack-and-slash action approach mixed with stylish John Woo-like slow-motion dual-gun-wielding shootouts. Some mutagens affect combat by giving your character different physical traits like giant claws or wings.

But, there are also abilities to liberally lean on. For instance, I found spitting moths to confuse enemies and then zapping them with electricity to be particularly enjoyable. There’s also one where you can summon mushrooms from the ground and then run over them to spring you to new heights. 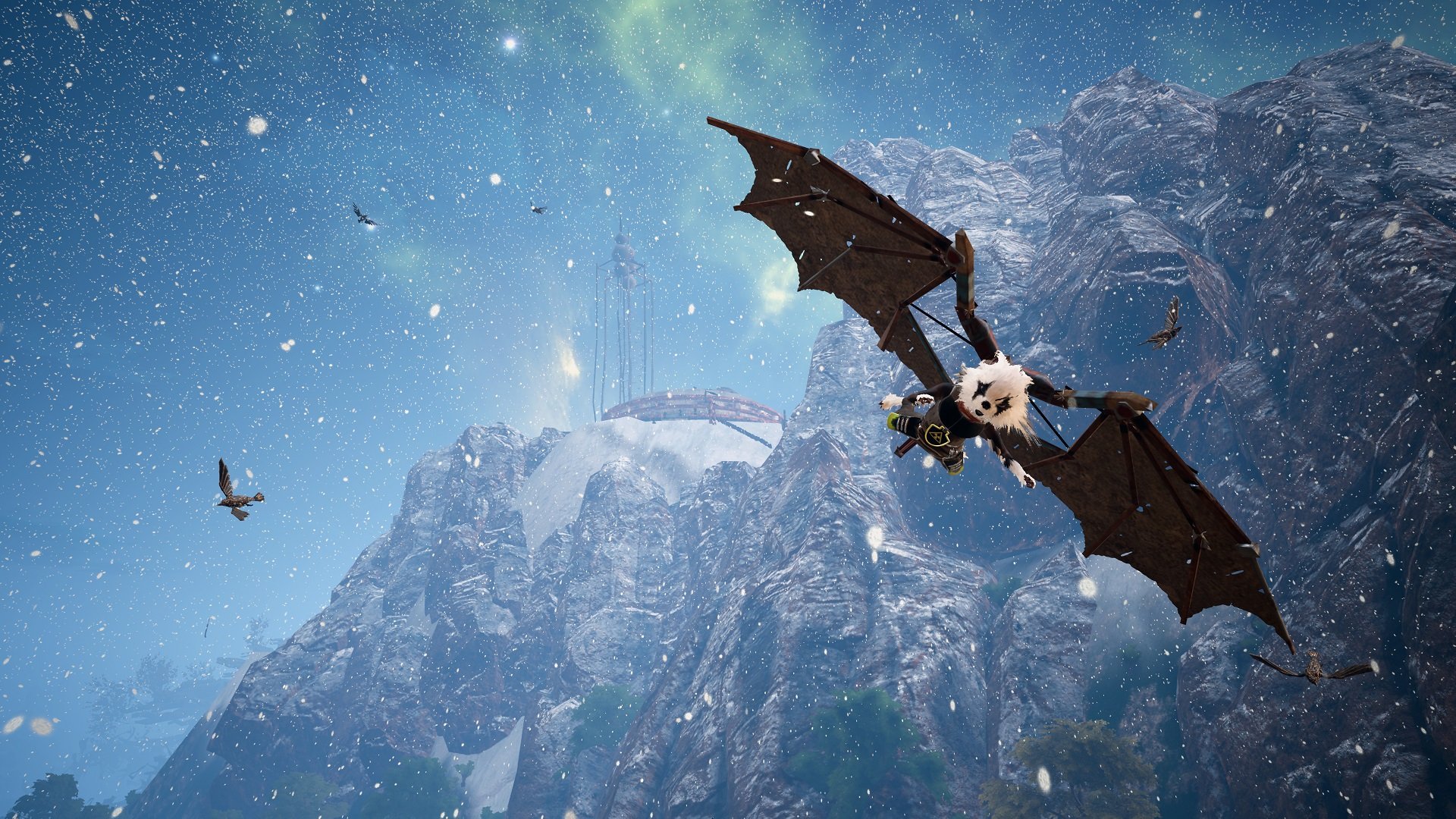 All of this is in service of interacting with the Tree of Life and choosing the outcome of this maybe-not-yet-doomed world. Saving its five roots means that there’s hope for everything to turn around. Not saving them means, well, you know.

Biomutant isn’t shy or coy about the moral dilemmas it presents. The game’s outcome relies on a karma system and it’s original Mass Effect levels of simple in indicating if a decision is good or evil. There’s no real ambiguity to anything.

For instance, and this is extremely broad, the world has six competing tribes within it. The well-intentioned path would be to try uniting them all in harmony. A more malevolent character would find a way to slaughter them all. Again, the moral compass isn’t convoluted. 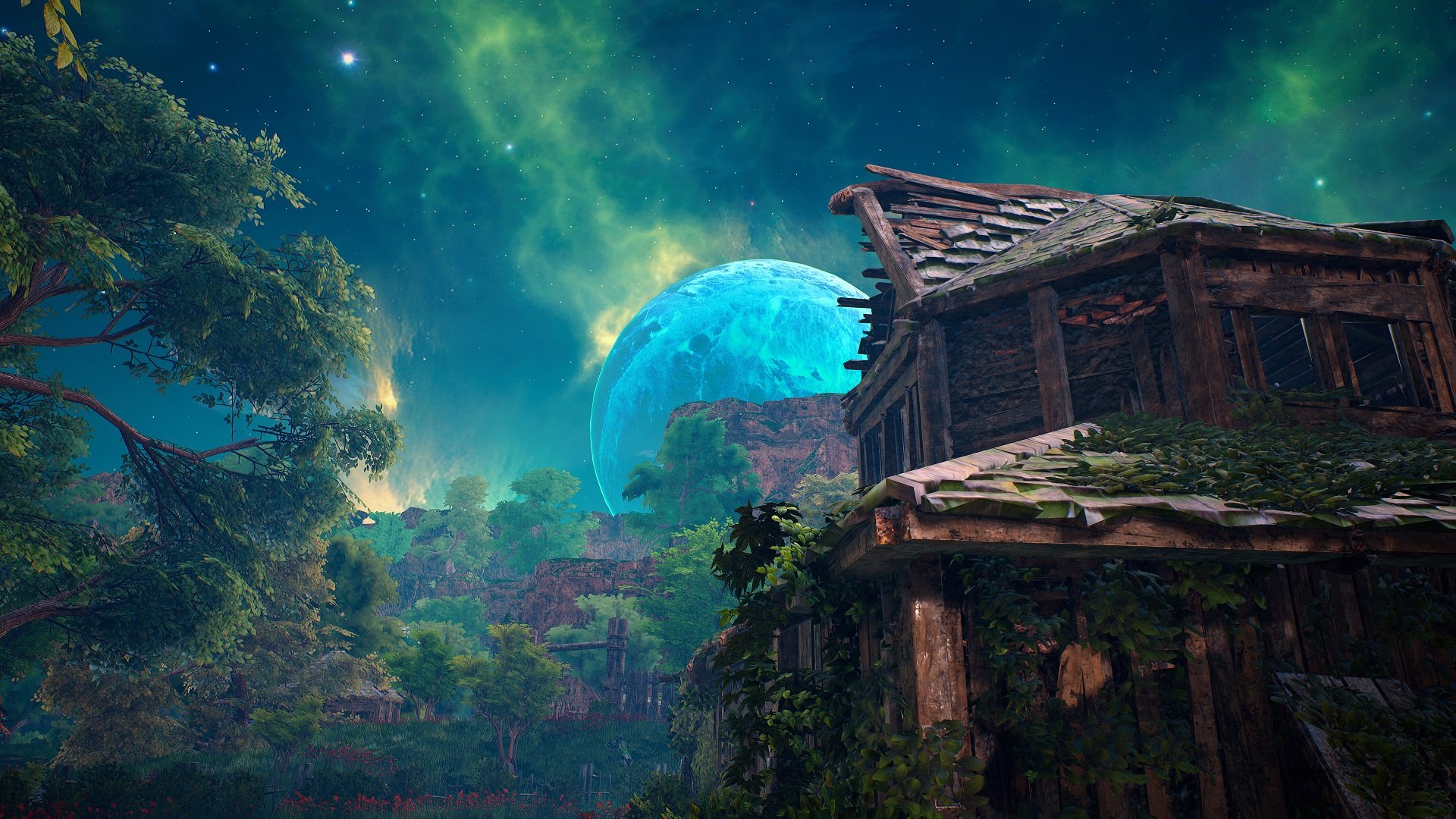 And, for all that I saw in a brief 30-minute demo, there was plenty that I didn’t get to experience. There’s a crafting system that I didn’t have a chance to mess with and it, in theory, exponentially deepens customization possibilities. There’s also a jet ski for getting across the oil-polluted waters and I really wish I could’ve taken that for a spin.

As frustratingly clichéd as this is, the old video game preview standby feels extra applicable here: “This one sure shows a lot of promise!” I don’t know how much Biomutant will make good on. Everything about it seems incredibly grand in scope and it’s probably more likely than not that some of it will fall short.

I liked what I saw though. A lot. Even though my sampling of each system was extremely limited, I’m interested in what it’s trying to do. Lush post-apocalyptic RPG by way of the platforming mascot isn’t an angle many games take. Biomutant is scheduled to release in 2018 on PC, PS4, and Xbox One.