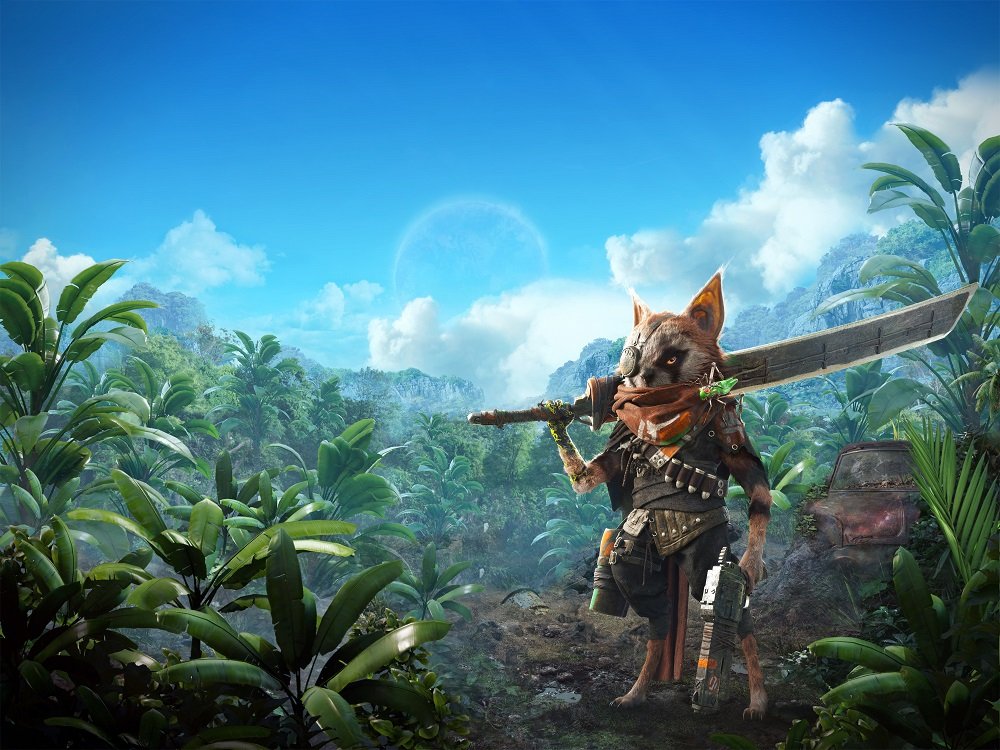 If I were lazy I’d say ‘Auron meets Rocket Raccoon’

The adventure, set in a post-apocalyptic universe, has been described as a “Kung-fu fable” and promises a gamut of fascinating and bizarre creatures, populating weird and colourful worlds that can be traversed on land, sea and air. Seriously, you can ride jet-skis.

The player character themselves is totally adaptable, to be changed and customised to fit the given situation. As the adventure progresses you can appropriate new abilities and appearances with the addition of limbs, weaponry, gear and prosthetics.

Biomutant, which will be playable at Gamescom and PAX West, is aiming for release in 2018 on the PS4, Xbox One and PC.