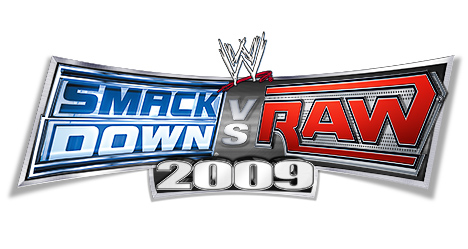 Ah, wrestling games. Back in high school, my friends and I were heavily into wrestling, and we all owned the first two WWF SmackDown! games (the ones on the PS1). We’d watch Raw and SmackDown! every week, and we’d beat the living hell out of each other (in the game, of course) every weekday afternoon after school. But the series’ third game, the first on the PS2, lacked the same luster and charm of its prior-gen predecessors — at least in our view — and we stopped following wrestling anyway soon afterwards.

Still, my group of friends is obviously not a microcosm or a good sample size of Americans in general, since the WWE remains hugely popular (at the very least, we all know that Suff0cat is a huge fan). THQ has decided to pump out a new iteration of the games every year, so this will be the fifth title in the SmackDown vs. Raw series. THQ and developer Yuke’s are hoping that SvR 2009 has a better reception than last year’s game, which garnered below-average reviews.

THQ PR reps were on hand at the 2008 Holiday Junket to demo the game’s exhibition matches (one-on-one and tag team), as well as its Create-A-Finisher mode. For more on how the game looks so far, head to the jump.

Five major aspects of the game are being targeted for improvement this year: AI, load times, commentary, hit detection, and animation. Yuke’s have completely rewritten the entire AI engine for SvR 2009, so CPU wrestlers will be much smarter than in years past. As for loading, they’re looking to cut times in half. Commentary-wise, they’re sticking with the three different teams for the WWE’s three shows (Raw, Friday Night SmackDown, and ECW), which is certainly impressive when you compare wrestling games to other sports games, which always feature one commentary duo or trio that covers everything.

Hit detection was something that was a large issue in prior games, and the team is working on that, so ideally, you won’t ever be yelling anything like “Come on! I threw that 2×4 right at his head!” Lastly, people always complain about animation, so the PR rep explained that they’ve thrown out many old ones that didn’t look right while adding in a bunch of new motions. The game looks very fluid so far, so they’ve obviously done their job.

Of course, the “in” thing nowadays is social gaming, so Yuke’s wanted to make the multiplayer experience special. To that end, tag team matches have been overhauled. No longer will the guy in the ring be having all the fun while his partner waits patiently to be tagged in. First off, there will only be one momentum meter for both partners, to inspire you to work with your teammate. Next, team attributes have been added, and using them, you can earn new team abilities (the demo man didn’t go into details, though). And here’s the really cool part: they’re putting in double-team moves! I’m imagining performing an Irish whip with D-Von Dudley and then having Bubba Ray put the guy through a table, but we’ll have to wait and see how these team moves are actually implemented.

The mechanics of the tag team match have been changed as well, with the premise that it’s now going to be fun to be the inactive (“illegal”) partner. For example, you can hold a guy against the ropes so your teammate can beat him down, or you can distract the ref while your partner-in-crime does something that may not be officially sanctioned by standard ring laws. Another option is to hold the top rope down when an Irish whip is being performed, so your opponent goes flying out of the ring. Finally, you’ll be able to do things to get the crowd involved (e.g., clapping or hitting the turnbuckle) so your team momentum goes up.

The reason for the big focus on tag team matches is that the game’s career mode has also been revamped. Road to WrestleMania is there, but now, your career path will follow the course of one of what the PR guy called “the top seven unique stories” in the WWE. So not everyone will have his or her own career, but there’s some variety. The seven unique stories include six single-player paths and one co-op storyline, which is why they wanted to make sure that tag team matches were much more fun to play.

Aside from the new career setup, Yuke’s has added a Create-A-Finisher mode to SvR 2009. This is something that looks like it could be a lot of fun. It allows for ten different “slots” that can be filled with different moves or animations, and you can speed up or slow down each slot to make your compilation flow well. The mode also allows you to cut off animations or moves, so if you just want to incorporate the lifting portion of a powerbomb, then you can do that. This includes holds, taunts, and “moves” like suplexes. All in all, there are going to be over 500 different choices to put in those ten slots.

The team is also making it a point to provide as similar an experience as they can across all platforms. Last year’s SvR 2008 was the first wrestling game on the Wii, and it was a watered-down version of its “next-gen” brethren. The PR rep noted that Wii gamers clamored for a pick-up-and-play experience, but they still wanted the depth of the HD versions. So SvR 2009 Wii won’t be limited to the six or seven match types that SvR 2008 offered, but the game won’t just be a port of the PS3/360 versions, either — they’re putting in match types that are specially suited to the Wii’s controls. While the Wii version will unfortunately lack the vaunted new Create-A-Finisher mode, it will feature online play.

A neat feature that’s exclusive to the Wii is its interactive entrances. In classic Wii fashion, you’ll get to look like an idiot — I couldn’t help but laugh at the THQ demo guy when he was flicking the Wiimote toward the screen, but seeing John Cena climb up the turnbuckle in the game and throw his cap into the crowd was pretty awesome. This isn’t just for show, either; the interactive entrances will help give you a momentum boost at the start of the match. In addition, the Wii version will allow you to take control of your wrestler after the match. You can choose from things like shaking your opponent’s hand in a display of sportsmanship, or you can smack him in the mouth to add insult to injury.

An interesting tidbit is that the HD versions will both support custom soundtracks, and the PS3 version will allow for voice chat online. Only the Xbox 360 and Wii versions were on display at the event, although SvR 2009 will be released on pretty much every platform known to man. That includes a DS version, which is being developed by TOSE (you may remember them from 2006’s Square Enix-published adventure RPG Dragon Quest Heroes: Rocket Slime). All the guy was able to tell me was that it’ll feature stylus gameplay. It won’t have as many WWE Superstars as the console versions (around 30, whereas the non-portable games will have a roster of around 60 wrestlers).

So far, WWE SmackDown vs. Raw 2009 is looking solid. Graphically, it looks very much like last year’s iteration, but they’ve shored up a lot of of the gameplay, and the new features this time around seem like they’ll be a ton of fun. Decide for yourself this November, when the game hits store shelves for the PS3, 360, Wii, PS2, PSP, DS, and mobile.