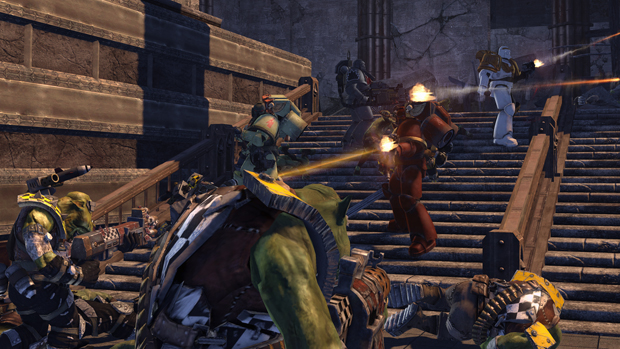 Space Marine is shaping up to be a pretty great game and just the kind of thing for those of us who have always marveled at the fiction of the Warhammer 40k universe but lacked the tactical brilliance necessary to excel in most games set there. Today, THQ and Relic Entertainment have released details regarding an ‘Exterminatus’ co-op mode which will be arriving post-launch.

Exterminatus will be a free DLC expansion to the Space Marine game and is planned for release in early October and features two different scenarios which pit up to four Space Marines up against waves of enemies in a point-driven competition. So it sounds pretty much like a survival mode to me. But what do I know? Keep your eyes on Destructoid for an in-depth preview of this content from Jim Sterling later today.