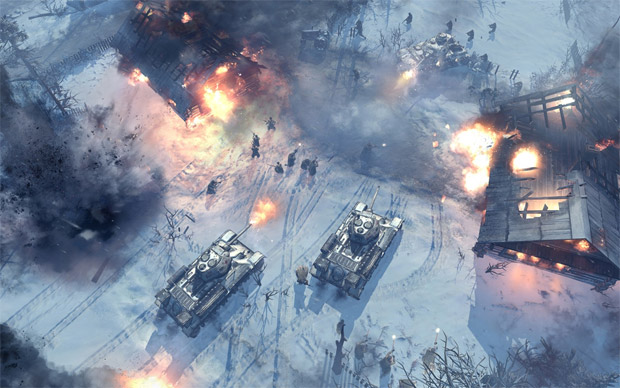 Surprise! Well, not really. But we do appreciate the gesture. THQ has made its officially official announcement for Company of Heroes 2 following the PC Gamer reveal of the sequel. There’s not much else to go on here, though they were nice enough to include a screenshot.

“Company of Heroes 2 is a true successor,” says Relic Entertainment producer Greg Wilson, “introducing a new front, new protagonists and new technology while retaining the unique mix of strategic gameplay and competitive multiplayer that made the original Company of Heroes such a success.”

The tech in question is Relic’s Essence 3.0 Engine, which will allow for improved environmental destruction and fog of war based “on true and proper line of sight.”