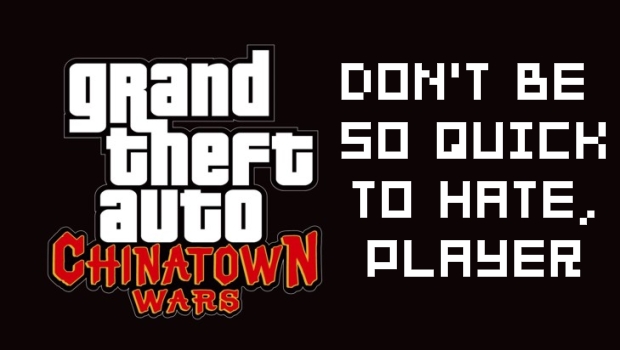 The sales of Grand Theft Auto: Chinatown Wars have caused a bit of a stir about whether or not the DS is a system that can support M-rated games. If you’ve been keeping up with the game, you’ll know that its early number of 88,704 copies is a bit disappointing to most analysts who thought the game would sell around 200,000 copies in its first month. However, they’re just a bunch of dinosaurs judging game sales by how they used to work, not how they work on Nintendo’s systems. At least that is according to what Nintendo (and 2K Games and GameStop) say.

Speaking with MTV Multiplayer, Steve Singer, Nintendo’s Vice President of Licensing, said, “Chinatown Wars is performing in line with AAA titles that have come to our platform like Spore or Lego Star Wars. Those games went on to have very different life-to-date sales numbers.” A Nintendo rep also mentioned the sales of Call of Duty 4 on the DS, which launched with only 36,000 units in its first month and went on to sell more than 500,000 copies. It’s the case of games on Nintendo’s systems being far more evergreen than how games have sold in the past.

Nintendo also points out that the first month sales could be a result of the DS only having seven M-rated games on it, so people will be less likely to pick it up until word of mouth starts kicking in. Basically, Nintendo is saying that DS games don’t sell like other games. Singer even mentions the odd sales curve that a plethora of DS games already have. That would easily throw a wrench into most analysts’ ability to judge how a game will sell, and with all the positive press that Chinatown Wars is garnering, one can’t help but wonder if word of mouth will actually jump-start sales. What do you think — are we seeing a new era of how games sales are going to work?