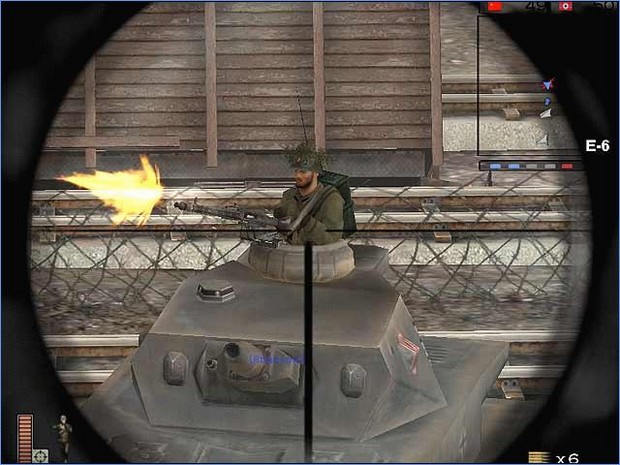 I enjoy killing you. I really do. I haven’t been jailed for this act, and no psychologist considers me to be a threat to anyone, but I have killed you in ways too numerous to count. Remember that time that you were minding your own business, waiting for a vehicle to spawn while itching your nose, and a bullet tore through your cerebellum? That was me. How about when you were feverishly chasing that bomber in your BF-109, right about to spray it with bullets when cannon fire from that IL-2 you didn’t see on your tail tore through your right wing and sent you spiraling into oblivion? Also me!

And, oh man — it has been personal. Do you recall that time we had fired all our ammo on each other but in the frenzy of battle missed every shot and switched to our knives, circling each other, adrenaline pumping through us before one slight miscalculation on your part led you to be gutted awkwardly like a fish? That, my friend, was most certainly me.

What is it about killing our fellow man that makes videogames so great? And by fellow man, I don’t mean a collection of pixels controlled by some CPU AI. I mean the person sitting on the other end of that crazy telephone line, shouting and ranting at their screen as they watch a deathcam version of myself gloat and teabag, as if I were some sort of Greek warrior-king, stripping you at once of your honor and your dignity. Some of the time, the thing on the screen isn’t a man at all. It’s an orc or an alien. Sometimes, it’s a vast collection of men, a whole country, all controlled by you.

It doesn’t matter how you’re represented on the screen. You’ve been Nazis, Allies, Russians, Americans, Zerg, Protoss, Saracens, Turks, Pirates or Royal Navy. It doesn’t matter to me. What does matter to me is the rush of satisfaction, the pure enjoyment of ending your virtual existence. I’ve defeated many foes controlled by a computer, and felt satisfaction. Indeed, single-player games will always have a place in my heart. But what can match the feeling of pure survivalist clawing, of desperate, racing excitement as you strive with every trick and ounce of skill you possess to undo the life of a person you have never, and will never meet? And them doing it right back, a dance of death, a moment which feels at once like a quarter of a second and a full hour. And what could be more satisfying at last than to emerge from this rage, exultant in your victory, only to cast yourself once again into such a challenge, fully confident that success will meet you again and again? Your end, your death, is to me the pinnacle of the visceral gaming experience.

I salute you, who flies straight and level, spurning any sort of evasive action

Never in life feel angry or shamed as I rob you of your life, however. Consider your virtues, greatest among them, your humanity. Even the lowliest of you, ranked 64th out of 64 in a massive game of Battlefield 1942, is greater than the finest computer opponent I have ever faced. By this, I do not mean to say that you are more skillful. Indeed a well built computer will almost certainly best you every time. But it is not only because of the skill of one’s opponent that the glow of victory burns brightest. Rather, you possess something a mere machine can never possess; you are original. You may be predictable, but even your predictability is unpredictable. You posses honor. You are doing something that you have learned to do, rather than were built to do, and you are presumably doing it to the very utmost of your ability. True, your best wasn’t good enough, but perhaps I should be thankful for that, as well. For, it is only through your death that I have attained some of my greatest victories.

And so, dear friend, even though my delight in taking your life is without compare, this is in fact an homage to you. You test my patience and try my ability, but ultimately you have given me the greatest satisfaction in all of videogamedom. Kudos to you.

And I hope you will forgive me for waiting for you to be dead and cold before I take the time to salute you.