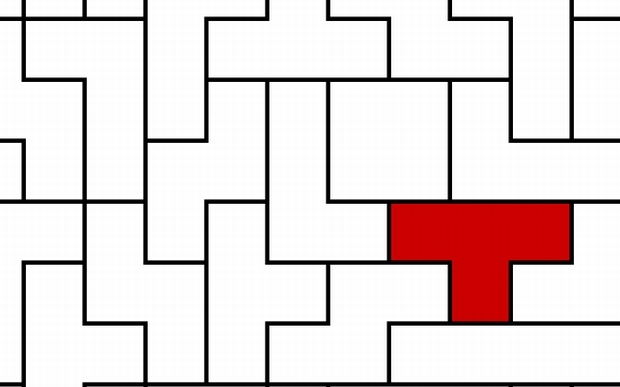 And He asked him, “What is thy name?” And he answered, saying “My name is Legion: for we are many.”

I don’t know when you first started showing up in my life. Perhaps I was too young to remember. Perhaps you’ve been around since the beginning of time. Perhaps even before that. All I know is that you’ve never stopped coming. Never.

I used to think nothing of it; after all, you were simply random geometric shapes falling from the top of the screen. When one completed its trip, another appeared and followed in the footsteps of its brethren. Simple. What harm could you possibly do? What threat could you possibly pose?

I used to think nothing of it. I don’t think like that anymore.

There exists a form of torture in which a prisoner is bound while water drips onto his head. One single, solitary drop at a time. The constant trickle has been known to drive men insane after mere hours. When victims of this treatment were dragged away, some witnesses claim that these newly minted madmen would scream “it never ends! It never ends! Make it stop! MAKE IT STOP!!!”

In hindsight, it should have been obvious.

Had I known what fate had in store for me, I would have given up the moment I understood what I was facing and let the eternal deluge crush the life from my mortal frame. Instead, I resisted. I fought with every fiber of my being. I battled with every ounce of my soul. And I suffered the worst fate imaginable.

You struck from below.

It was one thing to rain down your fury from the heavens. It was how things had always been and, truth be told, I found it appropriate: I had long ago abandoned any hope for salvation from a higher power, and for you to swarm from there only solidified in my mind the fact that humanity was indeed alone in this world.

But to strike from below? To desecrate the very ground upon which I stand? To destroy the very base from where I gaze up at the stars? Only then did I realize why I had not yet been squashed beneath your titanic bulk: you let me live.

You sick bastards, you let me live. It wasn’t enough to kill me — you wanted to cripple my sanity first by cutting out the very Earth from under me.

You struck from the sides.

Why? Was it not enough to take the sky from above and the Earth from below? Did you also have to take the air from around me?

You had me completely surrounded. Boxed in like a crippled animal. I longed for you to deliver the final blow so I could finally attain the sweet release of oblivion. But it was not to be. For this wasn’t enough for you.

You struck from beyond the 4th wall.

It was one thing to deal with you coming from the top, bottom, and sides of the screen. It was another thing completely to see you cross the boundary from my world back into yours – to see you fall from a point seemingly outside of the screen into it.

Why did you not cross the other way, from your world into mine? Was this your way of taunting me? Your way of rubbing in my utter helplessness in the face of certain doom?

Penetrating the barrier between worlds should have been enough even for the most hardened soul. But it became clear to me that you have none. So what did you do?

You gave me the power to send you from my world to yours. And I embraced this power. I pressed the buttons and you fell into the screen. Again. And again. I should have stopped. I wanted to stop. But I didn’t. I couldn’t.

You made me the cause of my madness.

You made me do this.

I will strike back.

I will form grids with you (with minimum dimensions of 4-by-4) made up of solid colors and you will disappear. I will complete horizontal lines consisting of your falling carcasses and you will vanish. I will line up 3 or more of you who have the same color and you will cease to exist.

I will do whatever it takes. For as long as it takes.

I will destroy you.

I will make you stop.