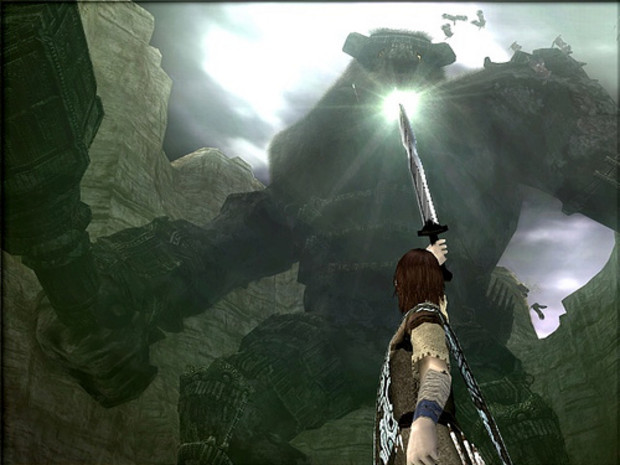 Most games put the player in a position of power. It’s a time-tested tradition to simply help us out and make the game more, well, fun. Typically, games exploit the plight of heavily outnumbered heroes in hostile environments. When handing a player such a daunting challenge, it seems only fair to give him a few breaks. If every single enemy in Half-Life were as smart, well-equipped, dexterous and resilient as Gordon Freeman, even the steadiest FPS veterans would have trouble advancing past the first chapter. Similarly, Mario gets fireballs and invulnerability stars, and Final Fantasy heroes get stashes of Phoenix Downs. Setting aside the strictly in-game rule sets, saving and continues are enormous advantages. Even the notoriously abused Contra marines start off with three lives -0 ask their real-life counterparts how much they’d like that.

The most notable exception to this rule is the boss battle. After plodding through armies of brainless, suicidal dummies, the player gets a taste of his own medicine against someone who’s even cheaper than he is. The baddest bosses remind the player that he’s not in control — the game is. Take Silent Hill’s Pyramid Head, BioShock’s Big Daddies, Resident Evil’s various Tyrant incarnations. They are the guys that always seem to show up at the worst possible times; the ones you save that handful of Magnum rounds for. The guys that make you go “oh, shit”.

Shadow of the Colossus goes for a similar effect, by means of a thoroughly different structure. There are no hordes of fodder baddies to wade through; the game is, quite simply, a string of boss battles (against the eponymous Colossi) interspersed with exploration sequences. It is also a mind-blowing experience, among the most unforgettable in the history of the gaming medium.

The player’s first encounter with a Colossus is usually followed by a predictable reaction: “I have to kill that?“. Wander, the main character, is a skinny guy wearing light clothes. He doesn’t have any discernible powers. He doesn’t even look like a warrior, and his swordplay is suspiciously awkward. In the opposite corner we have the first Colossus, Valus, a fifty-foot walking stone titan and one of the smallest among his peers. Who ya got?

And yet, against all odds, Wander prevails. In the process, the player learns that Wander’s sword has the power to reveal the Colossi’s weak spots and inflict harm on them. As he progresses through the game, facing bigger and badder Colossi, more aspects of the game’s system are revealed: Wander’s health regenerates, for instance, if he stays out of harm’s way for a while. He can survive impossible falls. He can increase his grip strength to superhuman levels. And still, the feeling of shock and awe before every new Colossus stays the same.

In this respect, Shadow of the Colossus is a great example of difficulty calibration not getting in the way of the experience. If Wander died at every fall, and the player had to repeat the same parts over and over, it would be tedious. If he didn’t have his magic sword, we wouldn’t even have a game. On the other hand, if Wander were a Kratos-like demigod with comic book physical abilities, this would be a very different game and an altogether different experience. Instead, Wander has exactly the right attributes that allow the player to thoroughly enjoy the game while still coming across as a regular guy performing impossible feats.

This leaves the player to focus on developing an actual strategy instead of simply mastering a control scheme and learning to react to the boss’s pattern. The controls are simple and intuitive, and soon become second nature, to the point that many weak spots and strategies are discovered instinctively. The game gives away very little in the form of explicit hints, but it manages to lead the player the right way. So that many jaw-dropping moments are experienced first-hand and not mired in repetition.

One of my personal favourites is the battle against Avion, the fifth Colossus. After Wander hits it with an arrow, it flies right at him, and as suicidal as it may sound Wander can only grab its wing and hang on as it shoots through the air at insane speed.

The game relies strongly on a stunning atmosphere and design. Wander’s pain and fatigue during the battles are almost tangible. Despite framerate issues and occasionally clumsy controls, the feeling of immersion is stronger than that of most current-gen titles.

While “conventional” games try to keep the player on edge by threatening his progress or testing his or her skills with a controller, Shadow of the Colossus challenges the wits while rousing emotions that used to seem unsuited to something as trivial as a video game. One of the Colossi doesn’t even try to attack the player, and that battle stands one of the most memorable things I’ve ever seen in a game. How many other games can claim to have something like that?