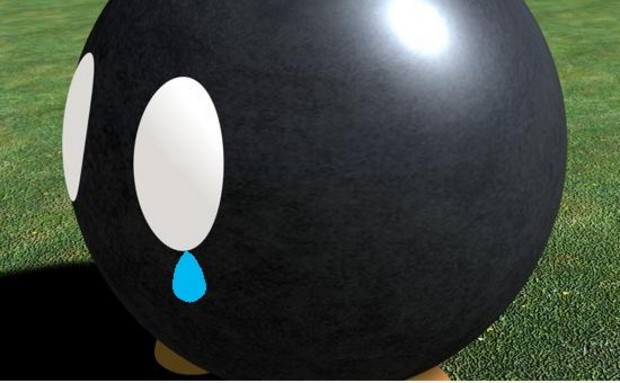 What a crazy little creature these things are. They live, they explode, they die and then the process begins anew. It’s a process that never ends — it’s continuous. Something that these little guys will never escape. They are one of many soldiers forced to endure the rules that their lord and master gives them.

They have no choice, they are ruled under a fearsome king. I know Bowser’s main motive for his actions is trying to gain control of the Mushroom Kingdom. To me, that is something I could care less about, the Toads are an obnoxious little bunch and they need the punishment. I have asked myself once before why I bothered to rescue this wretched place. Was it to get some action from royalty?

No. I know why now. I do this to save these adorable little walking explosives.

Self-destructing — More like self-mutilation. That is their primary purpose. They should know that they aren’t built around that purpose. I have worked as a plumber and I’ve saved the Kingdom once before. Just because you work under one title, you shouldn’t base your life around that.

Beating Bowser the first time was a victory, I suppose. That may be because he seemed ill-prepared, he had a damn axe placed behind him, out of all things. One touch later, I thought I would never see that ruthless being ever again.

I couldn’t have been more wrong.

He came back. Reincarnation? Magic? Either way makes as much sense as anything else in this place. He was pissed, he was willing to go all out to get his revenge. He took it hard, he was willing to do anything to try and get the Kingdom under his rule. Even through the use of bombs built with emotions within them. Suicide bombers, in a way. It shows how much Bowser is willing to go through the means of terrorism to get this place. Makes me sick to my stomach.

Koopas and goombashave just been brainwashed into doing those deeds, I do my best to knock them out of that state. But dealing with the Bob-ombs is a completely different story. They are born, set up to die and explode shortly after. It’s like taking a newborn baby, tying a lit stick of dynamite to him and throwing him across the room. It is a terrible thought. Children like that are born with innocence, they don’t know right from wrong. Bowser doesn’t even wink an eye at the thought, he just continues with his plans.

I’m face-to-face with one of these beings. It may appear that those faces on them are just some form of war paint to put fear into me, but you haven’t seen them in the same light I have. I looked into this thing’s eyes, I saw emotions. Feelings. Doubt. It had a soul. This is the first time he has seen the light. I honestly don’t know whether he self-destructs because it’s a command by the evil lizard or he is unhappy with the feeling of all this war around us. Either way, it’s something I commit to put out of my mind as much as I can. I try to save him but no matter what, it’s the same process with all of them.

Get close, and then suddenly …

Life. Gone. In the blink of an eye.

Bowser truly is an evil creature, he is well aware that his underlings are expendable. He can lose a few of his soldiers and he continue creating more at an increasing rate. It was one thing to see brainwashed beings listening against their will to this jerk. It was another to see new life blowing up to satisfy the needs of a dictator. Bowser pulled on some new nerves in my person.

These Bob-ombs give me more incentive to take down this guy. This pain … this pain inside me burns … fills me with a type of rage I have never felt before. Frustration consumes me, I lose control of my sanity. My eyes close, I open them again to see nothing but red. Bowser suddenly appears before me, asking if I thought seeing those bombs were spectacular since they went out with a “bang.”

That’s it. That line brought me over the edge. That first time we fought was just a warm-up, Bowser. You’re facing a new man with a new reason to fight. I’m going to make sure you don’t come back ever again. I guarantee that.