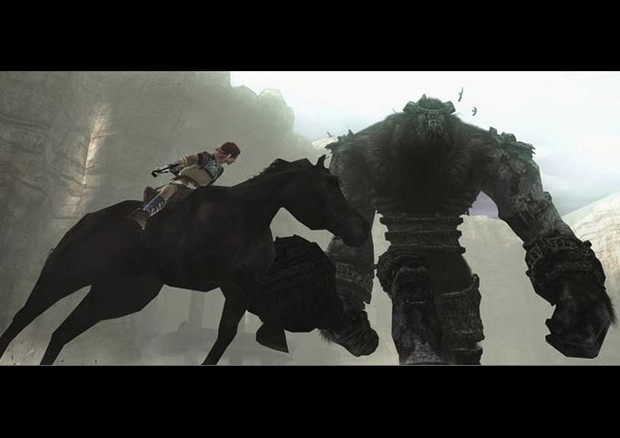 What if you played a game that tasked you to kill someone, but every time you completed your objective, you were convinced you had done something wrong? I don’t mean something “bad” as in the “good and bad” morality choices we’ve seen over the past two years like BioShock and Mass Effect. Games that ask you to make the choice between being a Paragon of righteousness and a hell spawn that enjoys punching bunnies.

These games ask you to make the morality choice and REWARD you for either decision you make; regardless of the decisions you make over the course of the game, you still “win” the game. Your choices often do little more than affect the ending you see upon the title sequence. Your choices rarely punish you, since designers are “obligated” to sell you a game you can actually complete and win. Ambiguity, thus, is seen as a dodge for game designers, a decision that keeps players from feeling like they are in control of the experience. And, by all notions, how can a player actually interact with a game if they become convinced that every action and decision they make is actually doing something the player doesn’t want to do? How could you make a game where the player does terrible things if it wasn’t their intention?

Shadow of the Colossus is a game where a good character with a noble goal does very bad things.
Wander will do anything to save his Mono, the girl who was killed in his village for unknown reasons. He will climb any mountain to restore his love.

16 innocent Colossi will die for his broken heart.

When I first purchased the game around its release date in 2005, I was shocked by the ways Shadow of the Colossus forces the player into the role of the villain (long before the game’s final twist). Many videogames shy away from the inherently murderous aspects of the gameplay by putting the player in a defensive position; you aren’t just murdering a whole platoon of Nazis, you’re fighting to survive. It’s an excuse that removes the inherent barbarism from the act. Players are often used to being attacked, and the majority of the violence in videogames is either retaliation to an enemy offensive or a protection of one’s own life.

Murderer. How many games give the player such a hurtful label? We’ve played games where we’ve taken the role of “killers”(like IO Interactive’s Hitman series) and “soldiers” (too many war games to count). We’ve been given the option to murder (like Bethesda’s Elder Scrolls and Fallout games) that allow players to break the overarching rule structure and take lives. All of these games, however, sidestep any kind of direct “wrongdoing”; the Hitman games have you murdering bad people, while the Bethesda games state, quite clearly, that the option to murder or not murder is a “choice” made by the player. They distance themselves from the grisly realities the player is forced to participate in.

There is never a doubt in my mind that Wander is a murderer. Manipulated or not, Wander (and the player) are forced to kill 16 innocent Colossi. It feels wrong. Every time a Colossus is finally slain from that final strike onto the beast’s glowing runes, it topples to the earth. The Death Knells of the Colossi are some of the most haunting scenes ever created for a videogame. It’s a slow, agonizingly long fall. It manages to completely obliterate all of the excitement of our victory. We see the results of our grim labor and we feel the Earth tremble against the weight of our crime. Shadow of the Colossus allows us to empathize and sympathize for the Colossi. How many times has that happened in a videogame?

When Wander emerges from the swirling clouds of dust and soot in the air, we see our protagonist attacked by a blast of dark energy emerging from the corpse of the monster, and as the game moves forward, Wander’s complexion grows darker and darker. His actions, our actions, are destroying his soul. By the end of the game, when all 16 idols have been toppled, Wander is quite literally, revealed to be the true monster. His noble intent is corrupted by his dark work.

I think about the events of Shadow of the Colossus at least once a day, and I always end up thinking about the majestic Colossi I was forced to take down. Videogames, as a medium, don’t often throw players into a situation with any doubt about the nature or morality of their actions. The player always knows (or, at least, designers think the player should know) exactly why they are engaged in a current gameplay session. If current design standards are any indication, the player must never question the gameplay while it is happening. If the player is forced to actively engage their $60 product, and not just passively play it, many players seem to think that the game has broken its end of the bargain.

Why? Well, what happens when the player questions the nature of their actions while they are engaging in those actions? You stop focusing on “winning the game” and you start questioning the game you’re actually playing! How can you play the game AND question the message that the gameplay is suggesting? It’s impossible, right? As a result, most games are completely passive experiences, allowing very few hooks for the player to actually engage in the game they play. You don’t question the things you do in a game because, well, because you just don’t. You’re not supposed to ask questions about a game. You’re just supposed to have fun … right?

Wander isn’t the only one who is corrupted by his actions; You are corrupted as well.