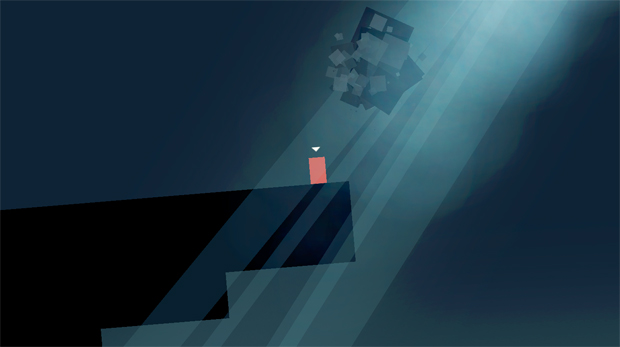 Thomas Was Alone appears to be hopping over to Wii U and Xbox One, according to a pair of listings from the USK, Germany’s software ratings board.

The indie platformer from Mike Bithell launched on PC in 2012, and has since come to PS3, Vita, iOS, and Android. The announcement will seemingly be made official soon enough, as publisher Curve Digital told Eurogamer it will have news on Thomas Was Alone in the next few days.

Curve recently revealed plans to port a trio of independent games to Wii U later this year, including Lone Survivor, The Swapper, and Stealth Inc. 2. The studio is also responsible for WiiWare sensation Fluidity, as well as Explodemon and the PSN release of Proteus.

Bithell is now developing his follow-up to Thomas Was Alone, Volume, a stealth action game slated to creep onto PS4, Vita, and PC sometime next year.

Thomas Was Alone [USK via Eurogamer]