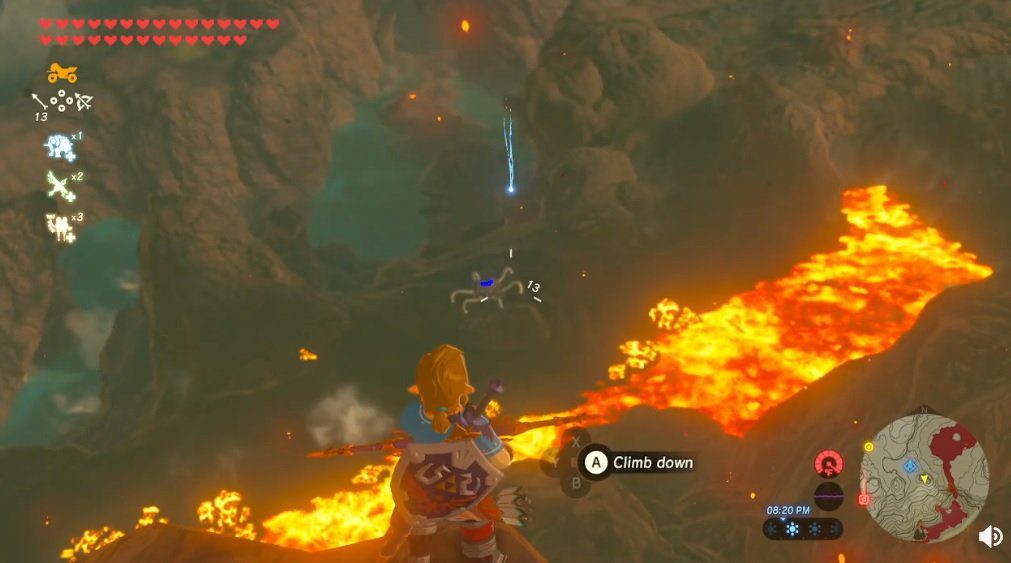 You thought I’d ever get tired of Zelda: Breath of the Wild stunt videos? Nah.

This new one is coming at you from Reddit user ceadmilefailte, who gives us a two-fold taste of style in this short clip. Basically, they not only nail a very long and meticulous shot from the top of a mountain, sniping a nearby Guardian: but they also follow it up seamlessly with a laser shot shield deflection.

The title is just so great: “Never thought I would be one of the people posting something like this.” Reddit user ceadmilefailte probably saw all of the cool videos that folks have shared for the past several years and assumed that they couldn’t rise to the occasion. Well, welcome to the club. You did it! This is one I had to watch a few times just to really take it in.

For those of you who are wondering how they did it: it was with a royal bow with ancient arrows. Now, go forth into the world and make your own version of it.