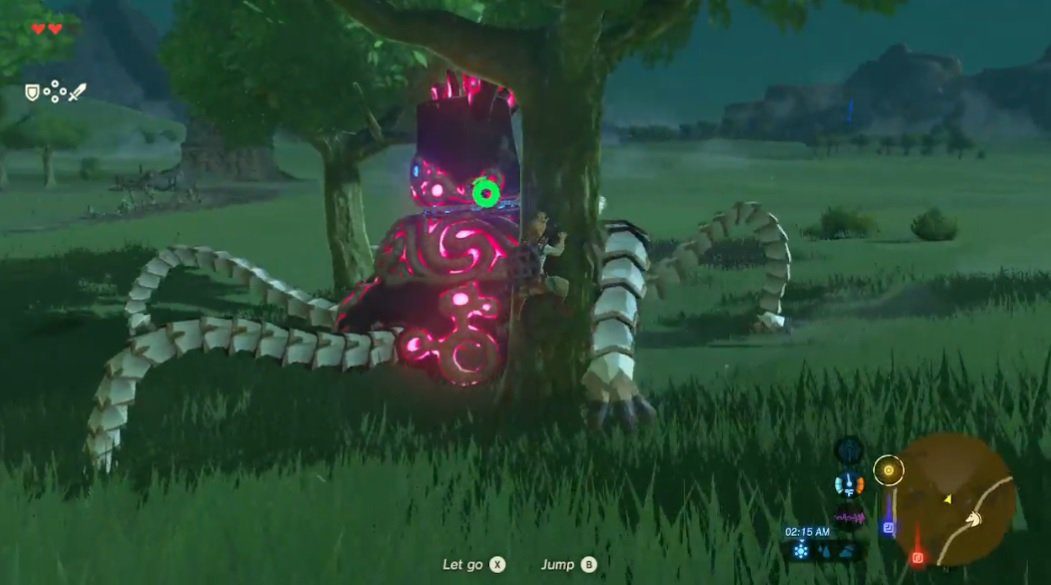 When there’s a “bank error” in your favor in games, you take it!

AI glitches are an interesting phenomenon, as they can be silly or game-breaking at the drop of a hat. But in this case, I’ll allow it. It may even be thematic! After all, Guardians are just machines.

Redditor Rubyllite99 managed to elude death through a very simple strategy: the Bugs Bunny method. Move off camera just enough and it’s like you disappeared! They managed to survive with no real hearts or gear to speak of, pulling off this pro move.

I love how the Guardian just gives up, too. Most of the time they’ll continue to aggro the player and seek them out. Nope! It’s time to head home, their watch is done.