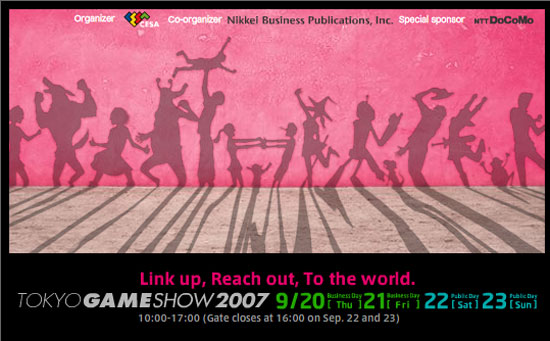 Next Generation is reporting that this year’s Tokyo Game Show will be the largest that the event has ever seen; over 168 exhibitors occupying 1,708 booths have been revealed for this year’s show.

Once again, Nintendo have opted out of the show and will not be making an appearance, which means no new pictures of Donkey Kong punching Princess Peach in the face for you. However, expect to see “major” announcements from the industry’s other big players such as Sony, Microsoft, Capcom, Square Enix, and more.

The show will run across four days, from September 20-23, and is expected to draw nearly 200,000 people. Among the people in attendance will be yours truly, along with a few of the other Destructoid “l33t,” bringing you the latest news, poorly translated interviews, and hands-on impressions from the show.

Oh, and a lot of drunken karaoke pictures, of course.