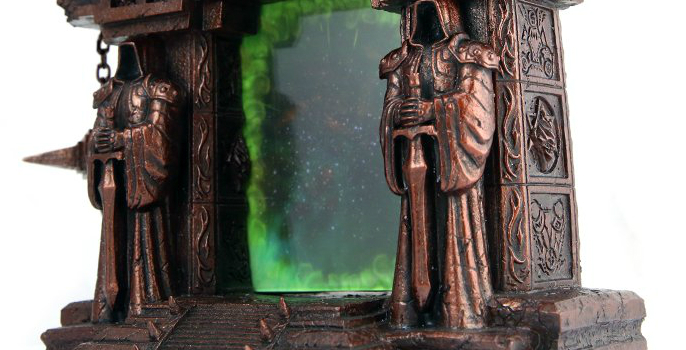 I’m generally not a fan of expensive photo frames, but this one has me making an exception. It’s a replica of the Dark Portal from Warcraft, which, as any Warcraft player (RTS or MMO) knows, is a huge part of the lore.

Sadly, it’s limited to China only, by way of NetEase — the Chinese publisher of World of Warcraft. It’s a resin base, and runs for 488 RMB (roughly $75). There’s also only going to be 500 made overall.