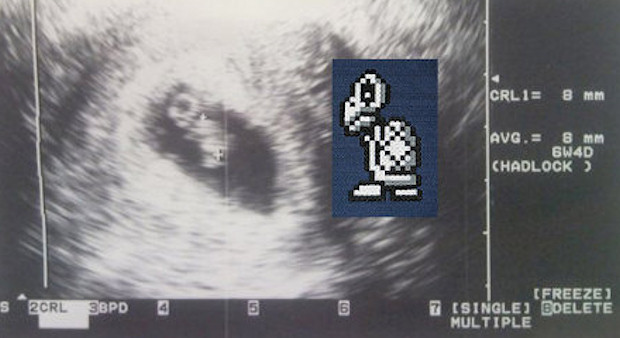 I have no idea what kind of men this expectant mother has been sleeping with, but it appears that the result has been a tummy full of Drybones. This ultrasound quite clearly shows an undead Koopa Trooper nestled within the belly of a woman called Amy. Seems that certain bones weren’t quite so dry after all.

Yes, we know, this is a stupid story that doesn’t belong on a journalistic news resource such as this, but it’s also the most awesome ultrasound picture you’re likely to see today, so just shut up and revel in the trite “gamer humor” that we’re forcing upon you. It’s been a rather slow news day, after all.

Also, looks like the princess is in another womb.